This year’s release of iOS 14 is likely to add new support for turning handwritten text into standard computer text, according to a recent report.

The change would come as an addition to the existing PencilKit framework, with users taking advantage of the Apple Pencil to allow them to write into any text field on an iPad. This would work system-wide, including apps that have traditionally only been used with a keyboard. Messages is one prime example of that.

…the PencilKit feature appears to work with any text input field available in iOS, making it compatible with Messages, Notes, Reminders, Calendar, Mail, and more. A floating interface will pop up whenever a text field is tapped with the pencil, allowing for the written input.

This is a feature that Apple doesn’t yet have, but is perhaps one glaringly obvious way of improving the usability of text on an iPad. The Notes app already goes some way to doing this in that it can search handwritten notes, so it’s likely Apple would use the same underlying technology in this new addition.

MacRumors says that it doesn’t know whether the PencilKit changes would be available to developers, although it makes plenty of sense that they would. PencilKit is the framework that developers use to add Apple Pencil support to their apps. 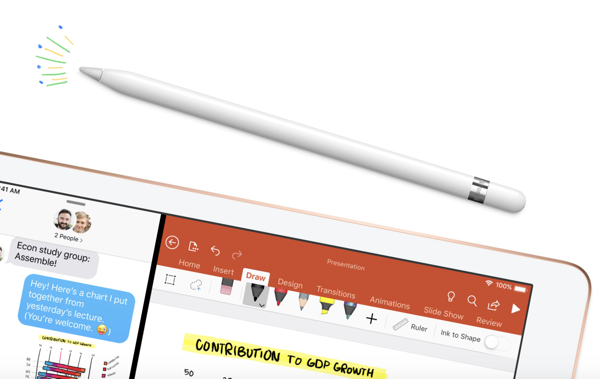 If Apple follows its usual release schedule we expect the iOS 14 update to be announced this coming June. It will then be made available to everyone in September alongside new iPhones.