Samsung’s Galaxy S9 and Galaxy S9+ were only announced less than two weeks ago and the two new flagship devices are not set to arrive on store shelves for a little while yet, but that is never going to stop people wondering about what the next big Samsung release will be.

Undoubtedly, that will be the Galaxy Note 9. 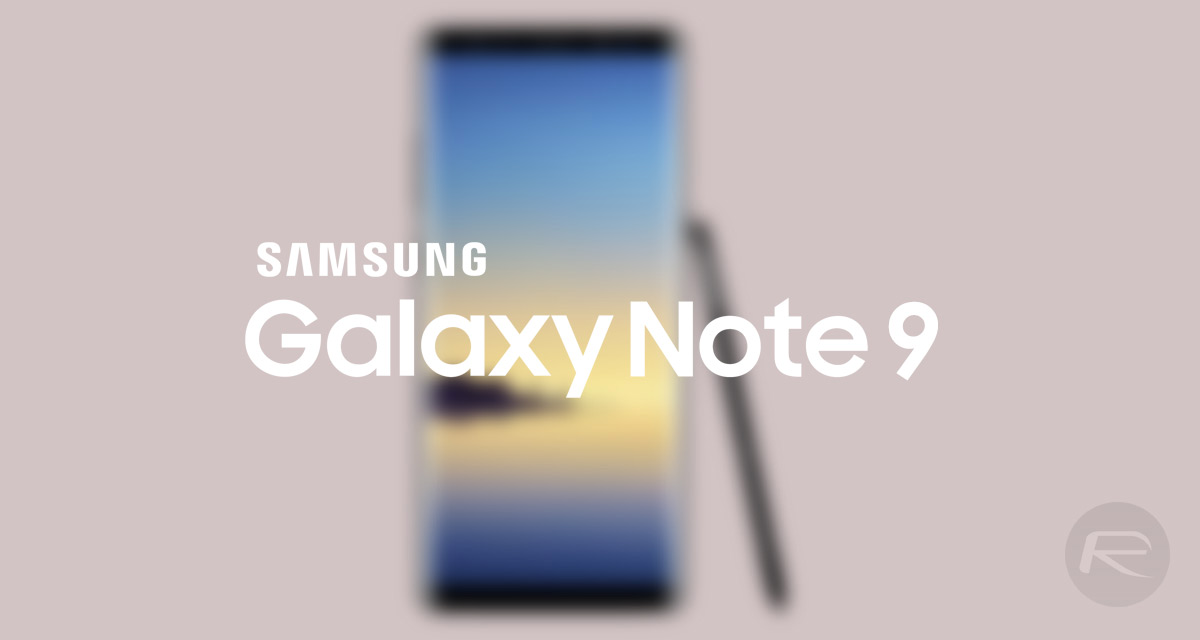 Samsung has obviously been quiet so far on what we can expect to make up the Galaxy Note 9, but it’s probably fair to say that we can take a few cues form what the Galaxy S9 turned out to be.

Armed with that knowledge, as well as a collection of rumors that continue to flow in, the folks over at SlashGear have put together a collection of specifications that could, theoretically at least, give us a good indication of what to expect when the Galaxy Note 9 is made official.

Based on reading tea leaves, the belief is that the Galaxy Note 9 will include a 6.3-inch display based on the same impressive Super AMOLED technology as the one currently residing in the Galaxy S9. That could also see the Note 9 change dimensions compared to the Note 8, making it thinner, shorter and wider.

As you might expect, SlashGear also expects the Note 9 to borrow the Galaxy S9’s camera system – a move that would certainly not be a bad one considering early reports. 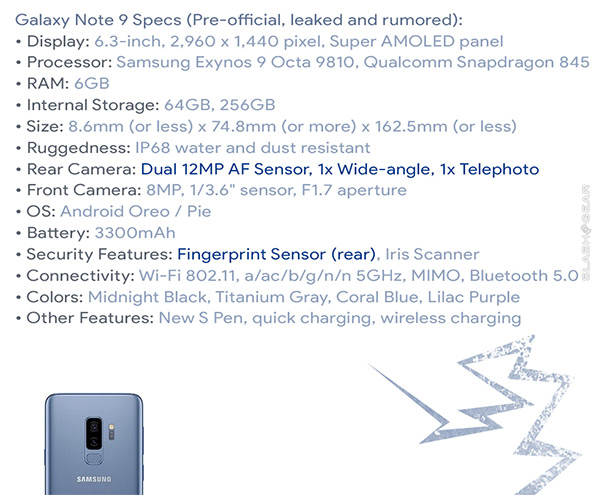 We expect that the Galaxy Note 9 will sport a camera setup not unlike the Galaxy S9 Plus. That is, two lenses, two sensors, dual OIS, optical zoom at 2x, digital zoom 10x, live focus, “dual capture”, AR Emoji, etcetera. It’d be strange if Samsung opted to use the Galaxy S9’s camera as there’s plenty of room for the larger array.”

As for pricing, the theory is that we can expect something around the Galaxy Note 8’s $929, although as with all of these details right now. it’s almost impossible to be sure what will, and will not turn out to be accurate come announcement day which is guessed to be somewhere in August this year.