Spotify Cracking Down Hacked / Modded iOS And Android Apps, Here’s What You Need To Know

A growing number of Spotify users are starting to receive official emails from the company advising them of “abnormal activity” on their account.

Reading between the lines, this new proactive activity by Spotify appears to be the start of the company cracking down on hacked or modified versions of its app ahead of the company being floated publicly. 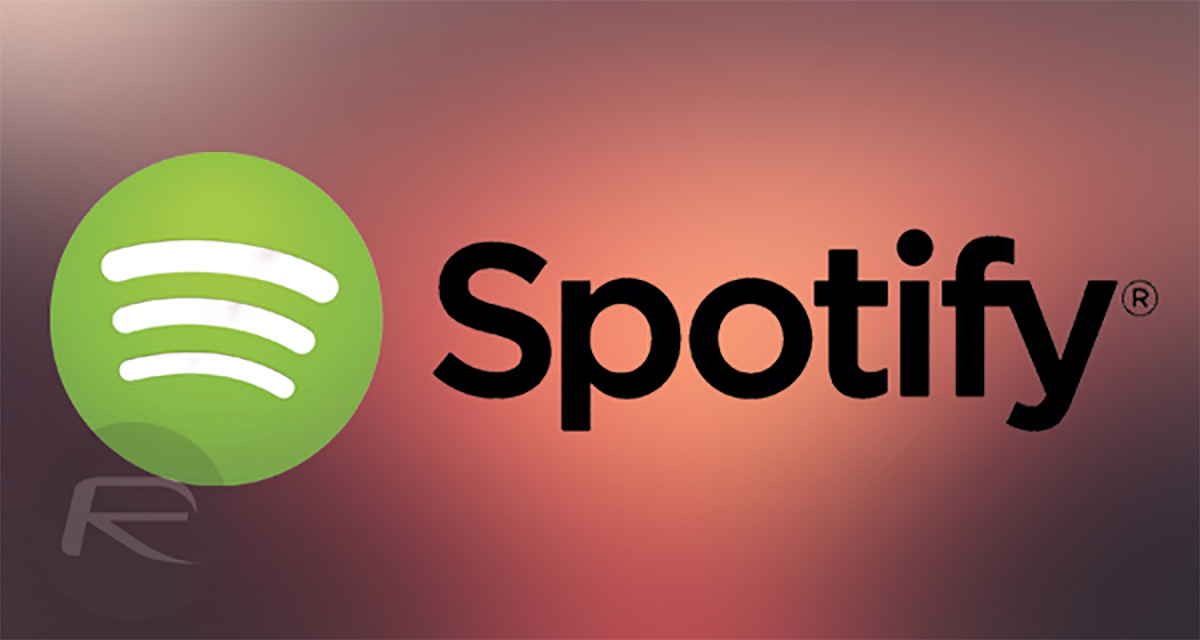 Predominantly operating as a subscription-based service, Sweden-based Spotify depends on recurring monthly revenue from holders of premium accounts to stay in business. Free accounts do exist but are limited in terms of functionality and place audio-based promos during playlists and playback in order to claw back some income from those free users.

However, certain iOS and Android users have discovered that using modified apps allows them to get the full and unlimited Spotify experience without actually having to fork out the expected $9.99 per month.

Spotify’s emails don’t expressly mention any words such as theft, piracy, or stealing, but by mentioning “abnormal activity” along with the fact that the company is about to take itself public and float on the stock exchange, it’s not hard to join the puzzle pieces together and come to the conclusion that the company is looking to stamp out any unauthorized access to its services.

Eradicating users who access “++” Spotify apps on iOS or hacked or modified APKs on Android, won’t necessarily turn those users into paying subscribers, but it will ensure that the company isn’t paying out revenues to artists and labels based on playing time that it isn’t receiving any income for.

Spotify currently boasts approximately 179 million users globally, with approximately 71 million of those users having enough faith in the service and catalog of music to actually subscribe to a premium account. If you take those numbers into consideration, it leaves a fairly staggering amount of users who are potentially accessing Spotify’s servers without gaining the company any revenue whatsoever. 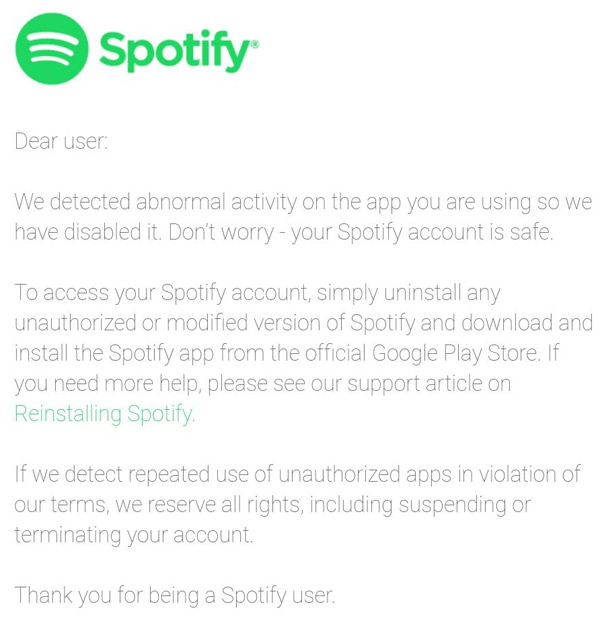 That, as a business model, simply cannot be sustainable. It’s likely that this initial email will be Spotify’s first step in alerting users to the fact that it’s monitoring account activity, blocking that account temporarily and allowing a user to re-activate the account by ceasing any usage of unauthorized apps. If that persists, accounts will likely be locked and removed entirely and prevented from accessing any music. You’ve been warned.