If you are the owner of a PS4 or PS4 Pro, then today is a good day to power it on ahead of actually wanting to play any games. Following a beta testing program, Sony has today released version 5.50 of its system software to the wider audience, and it can be downloaded and installed directly from the console now.

In fact, if you want to connect to any network services, you will have to perform the update before your console will let you do so.

There are a few changes under the hood with PS4 firmware 5.50, but the biggest is probably the new supersampling feature that has been added to the PS4 Pro. This feature allows owners of Sony’s updated and most powerful PS4 to use that additional grunt to improve how their games look, even if they are not connected to a 4K TV.

If you’re playing your games on a 1080p display, or a 2K gaming monitor, your PS4 Pro can now be instructed to supersample the in-game graphics, theoretically improving them without the need for a fancy new TV.

If you don’t own a PS4 Pro and have children, then it’s likely that the new parental controls added in version 5.50 will catch your eye the most. The new feature allows parents to monitor their kids’ play time, with the ability to set times also included so as to avoid children sitting up all night when they should be sound asleep. On-screen messages will tell children when their allotted game time is up, and anything over that time will be logged. Parents who trust their kids even less can force the console to log users out once a time limit has been reached.

Fans of the Library will also be pleased to know that changes to this area of the system include the ability to show all of the software installed, all of the purchases made by specific users and all PlayStation Plus games that have been downloaded.

The new PS4 5.50 system update can be downloaded, for free, right now. We suggest you do it before your next gaming session! 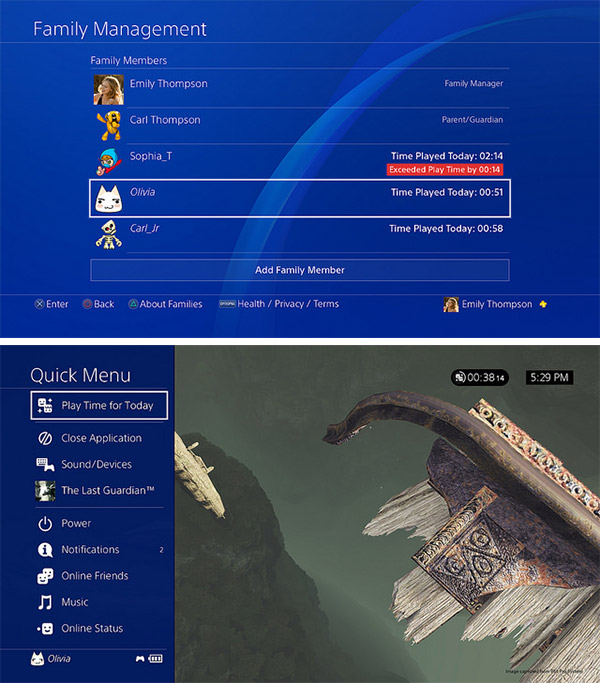