Apple has today published a supplemental update out that fixes a handful of bugs previously found in macOS High Sierra 10.13.

Apple has touted some of the fixes including one that improves “installer robustness,” one that fixes an issue that previously saw email not being sent when a Yahoo email account is in use, and a graphical glitch with Adobe InDesign. 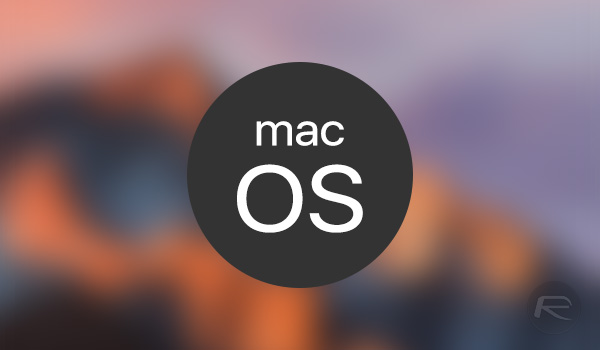 Apple has, however, also highlighted two fixes for issues that were a little more serious in their nature. The first of those related to APFS and the fact that some APFS volumes would reveal their password in plain text in the Disk Utility interface. This has been doing the rounds on the internet over the past 24 hours and is something that Apple really did need to address. The bug previously saw the password be saved as the Hint rather than being kept within the Password field.

The other important fix related to an issue previously covered, which allowed a malicious app to extract passwords from a system’s Keychain when they shouldn’t have been able to. Apple, of course, tends to keep its software updated relatively regularly, but sometimes a supplemental update is required to allow critical bug fixes to be released outside of the normal update cadence that Apple may be working to internally. This is one example of that, with the issues outlined above certainly falling into the category of critical. 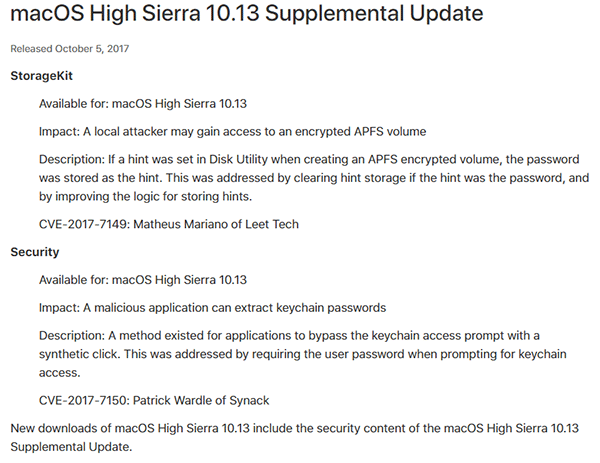 If you want to update your Mac, and you really should, then all you need to do is open the Mac App Store and select the Updates tab. You should find the supplemental update waiting for you there, so long as you are running macOS High Sierra, of course.