Apple has today announced all kinds of cool things, not least a brand new iPad Pro and a refreshed MacBook Air. But there’s a whole host of new software updates rolling out as well, although these are only available to developers right now. The public updates are going to land next week.

Apple today made the golden master versions of both iOS 13.4 and watchOS 6.2 available to developers. 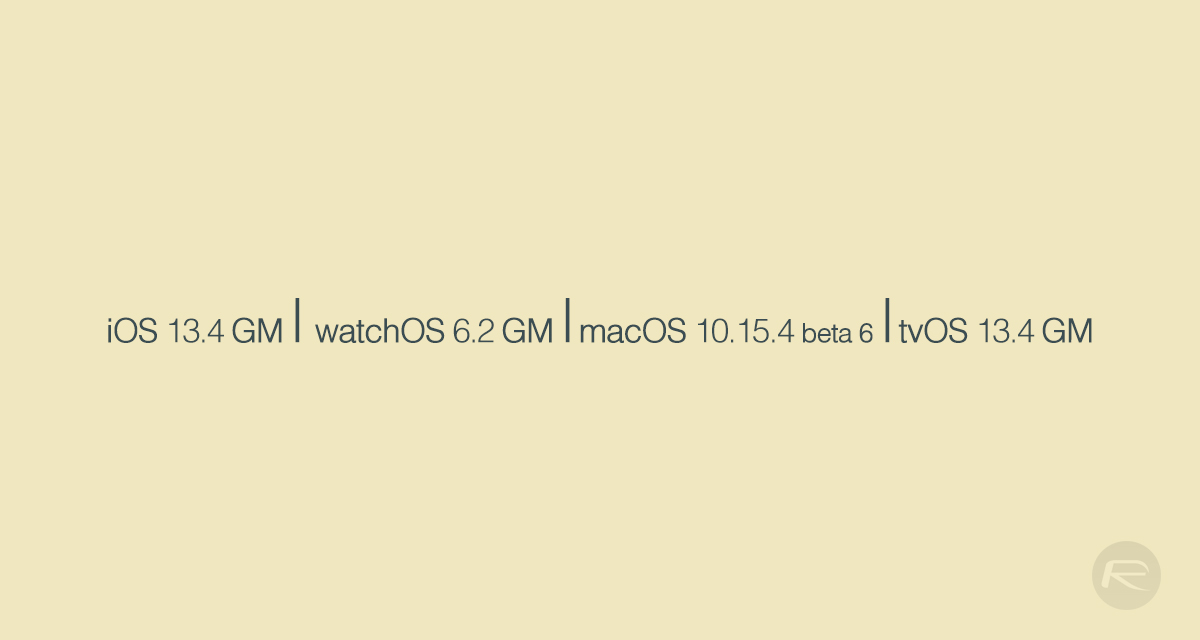 Both of these updates have been working their way through the beta process for weeks, and these are the updates that will be made available to the public next week. So long as no glaring issues have been found, of course. The same goes for iPadOS 13.4, for that matter.

Apple has also made the sixth betas of tvOS 13.4 and macOS 10.15.4 available to developers. While these may still get new beta versions before being made available to everyone, it’s unknown at this time.

All of these updates are ones that will be well received by users of their respective devices. The iPadOS 13.4 update in particular has the potential to be a big deal thanks to the addition of true trackpad support. It will allow users to enjoy their Magic Mouse and Magic Trackpad, right from their iPad.

Users of Apple Watches in New Zealand, Turkey, and Chile will also gain support for the impressive ECG app, too. That app has saved plenty of lives in the countries where it’s already available, and that’s something we hope continues in the new countries as well.