You can now download iOS 13.4 beta 5 IPSW links and OTA Update along with Apple’s iPadOS 13.4 beta 5 firmware. Here are the details on the release.

The latest iOS 13.4 and iPadOS 13.4 beta downloads are offered with immediate availability by Apple and will work with all compatible iPhone and iPad hardware. Here are the details that you need to know about Apple’s latest iOS and iPadOS releases. 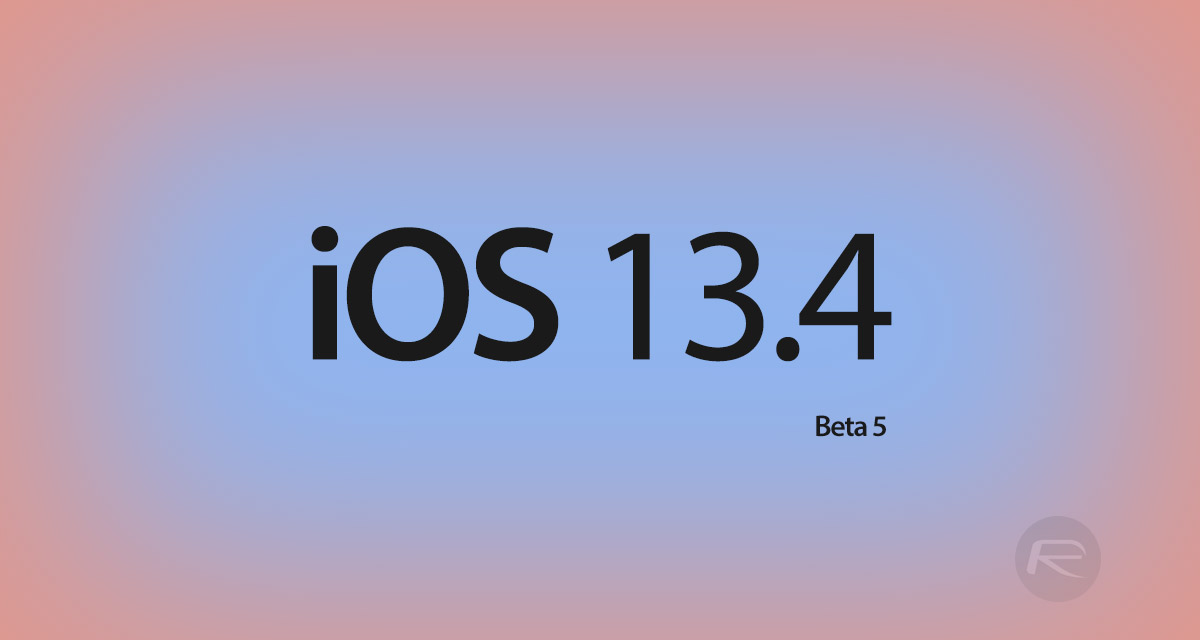 Apple’s iOS 14 platform is where the real changes and wholesale improvements are going to be but iOS/iPadOS 13.4 also introduces some notable changes. The TV app has some improvements, namely coming in the form of new user-facing options to give better control over the streaming of content and how data is used and handled by the TV app.

Apple has also made a few visual tweaks to specific apps. The Safari URL bar has had some love, making it more user-friendly, as well as the Mail app toolbar which removes the Flag icon and places a Compose icon on the far-right.

Thankfully, for a lot of users, iCloud Folder Sharing is also now a thing with iOS 13.4 and iPadOS 13.4. Apple had previously talked about this feature but it is now finally here. Let’s hope it makes it into production without any issues. Finally, the CarKey API will also ship with iOS 13.4 and iPadOS 13.4, allowing users to control specific things on their compatible vehicle. We could also see Apple throw in an over-the-air OS recovery feature, much like macOS. There isn’t a huge amount known about this just yet but we’re sure more details will follow in due course.

As mentioned, if you are interested in how Apple is progressing these platforms then you can get your hands on them right now. On the device, head to Settings > General > Software Update and download the update as an OTA update. Obviously, this will require a beta configuration profile to be installed on that device in the first instance. Alternatively, if you prefer a fresh installation, you can head over to developer.apple.com to grab the latest beta IPSW file for your specific device.

Happy testing and make sure to report any issues back to Apple so that iOS 13.4/iPadOS 13.4 can be as good as possible when launched.