Though the whole leaked iPhone 4G / HD fiasco might’ve spoiled quite a lot of fun for some, but now according to this latest report by DigiTimes, Apple already has a backup design for their new iPhone 4G / HD which looks quite a lot like the current iPhone 3G/3GS design. This backup plan was kept in case if Apple had complications in mass producing the new design which we’ve already seen in the double-leak by Gizmodo and from the folks in Vietnam.

Frankly speaking, we’ve seen enough of the traditional iPhone design for the last two years now and a new design for the 4th-Gen iPhone at this point will be a welcome change. According to the source, iPhone codename N90 is the one which we have already seen in the leaked prototypes and there is another one called the N91 whose design is more like the iPhone 3GS except for the added features like video conferencing, improved camera, processor and so on. 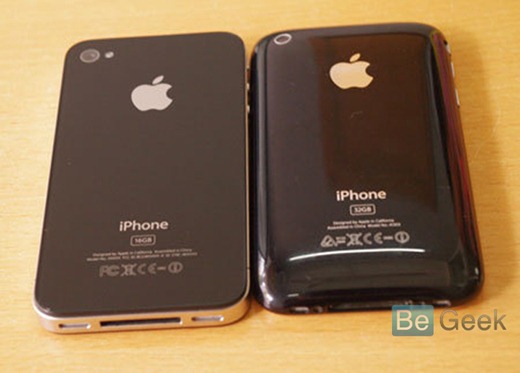 Leaked 4th-Gen iPhone prototype on the left, iPhone 3GS on the right.

On a side note, Apple initiated the iPhone 4G project at the end of 2008. According to our sources, Apple actually has another product codenamed N91 for the project, which offers less change from previous iPhones compared with the N90. It’s a parallel product to back up the N90 in case there are major delays due to significant modifications in casing, display resolution, digital camera support and so forth.

Also mentioned in the report is the AMOLED touch screen panels for the new iPhone which Apple wanted to put on this new model. They did approach Samsung Mobile Display for this matter but the same issue arose, mass production and price. Samsung Mobile Display holds the capability to fulfill no more than 50 to 60% of iPhone orders even if they give the iPhone their full AMOLED dedication, and with that Apple has to bear a cost of US $34 to US $38 on each AMOLED panel which is quite expensive compared to the IPS panel which costs around US $20.

Of course, we’ll know more about it soon at the WWDC 2010, where Apple is going to unveil the 4th-Gen iPhone for the very first time along with iPhone OS 4. [via Mac Rumors, iClarified]