It’s official now. Steve Jobs will kick off Apple’s World Wide Developers Conference 2010 with a keynote address on 7th June at 10:00 am Pacific Time. Even though this year there has been a rash of high profile leaks prior to WWDC, which includes: iPhone 4G/HD and iPod touch with camera, yet the conference is expected to be as exciting as ever. 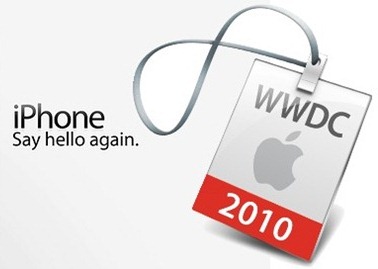 Apart from this, Apple has sold record number of iPhones in the last quarter which has resulted in billions in revenue. The sales and demand for iPad has been equally impressive.

At this year’s WWDC, Apple will announce the next iPhone along with iPhone OS 4, maybe a sneak peak at the next version of Mac OS X , with a surprise or two, oh and not to forget some jabs at Google and Android after all the fun which they poked at Apple and iPhone at I/O 2010.

The said event will be held in Cupertino, California. We will cover the event and it’s details very extensively so stay tuned! We’re as excited as you guys are, this is huge event and we believe none of you would want to miss it! [via Apple]