After all those rumors of a CDMA version iPhone coming to Verizon Wireless, fresh new reports from The Tech Update site now claims that a Best Buy employee confirms that Sprint will also be getting the new iPhone this year. If these rumors are indeed true, then this also allow the iPhone 4G (if that’s the final name) to live up to its name because of the 4G infrastructure which Sprint offers in selected cities of United States which gives speeds of up to 10 Mbit/s. 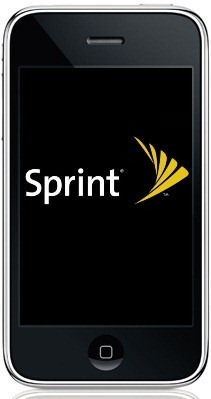 The emails which were exchanged between the source site and the Best Buy employee are as follows.

Hello, I was writing to comment on your article about the iPhone going to other carriers. I work in an electronics store that has a mobile phone store within it. I can confirm that Sprint will be carrying the iPhone beginning in June. They’ve begun to grease the wheels for advertising. There is no news in regards to a Verizon version however. Several online articles have mentioned that Verizon has been manufacturing their own version in Taiwan which was to be released late this year, but our store has not been notified as of yet. In regards to why it is moving to another carrier, our mobile manager speculates that Apple wanted to drop AT&T due to their poor service but managed to opt-out of the rest of their contract in exchange for the iPad service deal. There is one article online showing court documents from when either AT&T or Apple was sued by someone. Presented as part of the evidence was a portion of the contract Apple signed, it was a 5-year agreement signed in 2007. This is the contract we feel they negotiated out of.

Thank you for your time!

Can you present any evidence? What Electronic store do you work in, where is it? US?

Best Buy in a Pennsylvania store. Not allowed to say which one. Can’t present evidence as it breaks our privacy policy to our clients. It’s coming though. We expect the shelf display within a week or two.

Even though the details are still sketchy, it is worth to note here that this will be a big win for Sprint over Verizon and AT&T because Sprint also has the first American 4G handset on board, (HTC EVO 4G, launching on June 4). A 4G capable iPhone will only add more fuel to its arsenal. Sprint’s Chief Financial Officer Robert Brust has already said that "we’d love to have it" when asked about the possibility of carrying the next iPhone.

We’ll surely get to know more about all this soon on June 7 at WWDC, where Apple will unveil the next-generation iPhone for general availability, along with iPhone OS 4. [via Mac Rumors]