According to the latest round of rumors, Pegatron (a subsidiary of ASUStek) is said to have won the bid to manufacture the CDMA version of the next Apple iPhone and that it will be available on Verizon Wireless this fall. If this news that we are hearing is true, then it will certainly bring smiles back on the faces of all the AT&T haters out there. A report from Digitimes speculates the following. 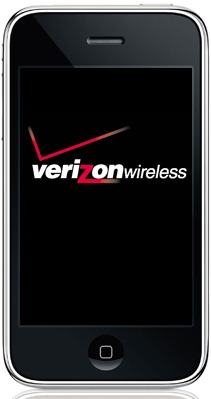 Pegatron has been contracted to make a CDMA iPhone, insiders claimed today. The scoop is short but would have the ASUS manufacturing arm building phones that would likely go to Verizon and possibly other carriers as well. A deal would help Pegatron take off as a major supplier.

In an another report, Digitimes also claims that Pegatron has received an order from Apple to manufacture 10-million CDMA iPhones.

Pegatron Technology has received orders for an iPhone based on CDMA from Apple with annual shipments expected to reach 10 million units. The orders should start contributing to the Taiwan-based company’s revenues in August or September, according to sources from component makers.

It is important to note here that this news coincides with an earlier report of WSJ which also picked Pegatron as the manufacturer for the CDMA iPhone.

Electronista points out that CDMA phone wouldn’t necessarily be tied solely to Verizon. Other CDMA carriers like Sprint may also get the next iPhone.

Any CDMA phone wouldn’t necessarily be tied solely to Verizon. Sprint and other, smaller CDMA carriers are eligible in the US. International shipments could also reach China Telecom, KDDI’s Au service in Japan, and either SK Telecom or LG Telecom in Korea./p>

Apple is expected to unveil the next-generation iPhone for general availability at the annual WWDC 2010 conference on June 7. iPhone OS 4 is also expected to be released at the same event. [via BGR]