According to the latest round of rumors from HotHardware, Apple Tablet may not be the only device which will be unveiled this Wednesday. Inside sources have told the site that AT&T is set to loose iPhone exclusivity on the very same day. Nothing however has been said or heard about which US carrier or carriers are going to carry the iPhone come this Wednesday. 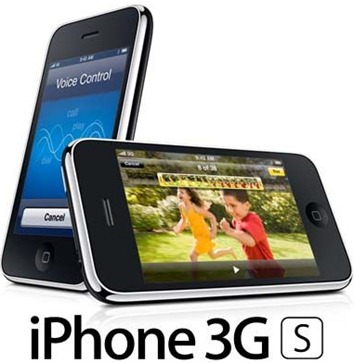 Recently, there has been lots of talk about negotiations taking place between Apple and Verizon on a possible CDMA version of the next-gen iPhone 4G for Verizon Wireless. Sources have also claimed that the deal could be on if Apple and Verizon sort out their current issues over the cost of the said phone. Rumor also has it that the Tablet device from Apple is headed to Verizon, in which case it would make perfect sense for both Verizon and Apple to offer iPhone and Tablet from the same carrier.

This news for sure is not good for AT&T, considering the fact that most users switched to AT&T just because they wanted the iPhone despite the poor network coverage and customer support. iPhone availability on a carrier like Verizon is going to cause users to hold off from buying AT&T iPhone’s until they see what kinds of packages Verizon or other carrier offer if the iPhone’s exclusivity with AT&T ends this Wednesday.

Apple is set to unveil the Tablet, along with iPhone OS 4.0 at the special event, which is scheduled to be held at 10 AM PST on January 27th, at the Yerba Buena Center for the Arts Theater in San Francisco.

The next-gen iPhone 4G is expected to launch at WWDC 2010 in summer of this year.