Apple has been busy lately in safe-guarding the design and innovation of its products by taking legal cover of patent grant policy provided by the United States Patent and Trademark Office. In the recent past, we have seen how Apple filed a legal suit against HTC, for its alleged involvement in infringing 20 iPhone OS patents "related to the iPhone’s user interface, underlying architecture, and hardware”. Apple was also recently granted patent for the "Ornamental design" of the original iPhone which was released back in 2007. 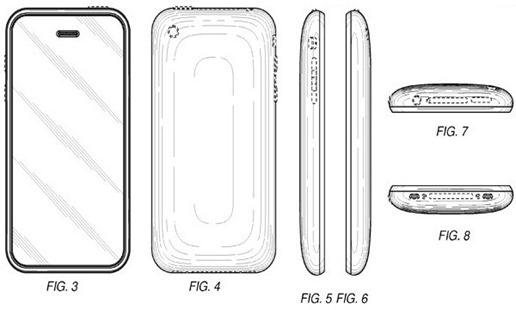 The "ornamental design" patent that covered the original iPhone and iPod touch has got a second USPTO patent granted to Apple under the Patent No. D-615083 dated 4 May 2010. This apparently covers the more curvaceous iPhone 3G and 3GS.  Among many others, Designer Jonathan Ive and Steve Jobs are listed as inventors, credited with the usual list of references. [via Engadget and USPTO]