The Chinese have done it yet again! They’ve managed to counterfeit another Apple product, this time the yet to be released iPad. We’ve seen Chinese iPhones in the past, so I’m not surprised by these Chinese iPad clones. Keep your eyes wide open when you are buying one of these. 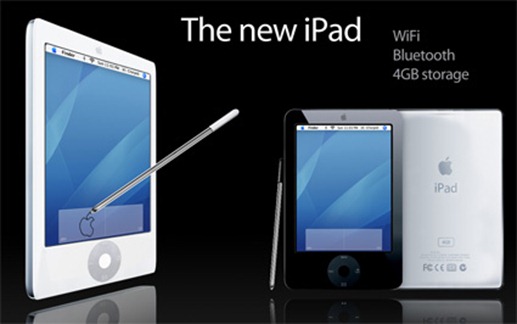 The president of Shenzhen Huayi said that their iPad looks like a giant iPhone and their profit margin is extremely low per product (just 10 yuan, $1.5). Selling these counterfeit products is a life and death situation for Shenzhen Huayi, their bread and butter relies on it.

There are 400 electronics counterfeiting companies in Shenzhen City alone and they believe that their iPad’s OS cannot be compared to the original iPad’s, but since it’s a very geeky and a low priced product, eventually people will opt for it.

We, at Redmond Pie strongly discourage buying counterfeit products as it hinders the end-user experience in a bad way. Nothing can be compared to the original thing, it provides proper functionality and the experience which one would expect. Just spend those extra Dollars on an original Apple iPad instead, it’s worth the investment. [via Korea IT Times and Twitter]