iPhone that Runs Android. Sort of.

For many, Android on a 3.5 inch capacitive multi-touch screen in an iPhone –like package will be a dream phone to have. This is what exactly a Chinese manufacturer has tried to do with APhone A6. APhone A6 is an Android powered iPhone clone boasting of a dual core processor, 2.0 megapixel camera and with an iPhone –like theme running on top of Google Android OS. It is believed to support multi-touch functionality which is kind of strange, given that it runs on Android 1.5 which doesn’t offer support for multi-touch screens. 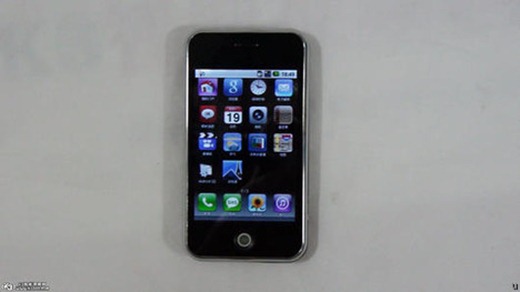 APhone A6 will be the first iPhone clone to be powered by Android OS and it will render 26 million colors, unlike all the current Windows Mobile-based clones which only supports 16.7 million colors. Detailed specifications of APhone A6 are as follows:

Here is a short video from k3bbs showing APhone A6, running iPhone-like theme on Android 1.5: