Now things are taking a U-turn again, or sort of anyway. If you thought that Microsoft has buried the Courier project somewhere in their labs, you might be wrong, as it now looks like that some parts of that ambitious Courier project may return in the upcoming Tablets from Microsoft. Recently, Bill Gates in an interview said that Microsoft is working on Tablets which would use a pen-based input method (as opposed to finger-only mechanism in Apple iPad) which would go mainstream in students. 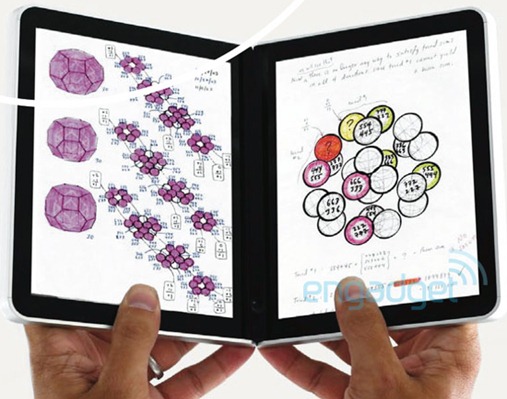 Now whether Courier is born again, or if it will be now used as a reference for the future devices is yet to be seen. But if these words of Bill Gates are anything to go by, we might see some of it in action soon.

Microsoft has a lot of different tablet projects that we’re pursuing. We think that work with the pen that Microsoft pioneered will become a mainstream for students. It can give you a device that you can not only read, but also create documents at the same time.

Gates: ‘Yes, I think both in general and in the specific, Apple’s done a great job.”

If anything, this statement of Gates proves that Microsoft didn’t ditch out the Courier entirely. The emphasis on a pen-based input for Tablets to create documents does relate to the Courier in one way or the other, see our previous post here on the Courier and you’ll know what we’re talking about. Now it makes us wonder, what will the Tablet look like? Is it the Courier after all? Was killing the Courier project part of plan to cover up for something which Microsoft has been working on for ages, and Gates just blurt it out? We can’t say for sure, but Bill Gates’ statement does point out to something cool which Microsoft is working on, and we can’t wait to see what it is. And of course the biggest question of all is: will it be good enough to compete with the iPad?. [via Engadget]