Apple has kicked its new beta program off just days after ending the last one, with tvOS and macOS Catalina both gaining new releases.

Both of the new updates are now available for download by those who are registered developers, although public betas may also be en route, too. 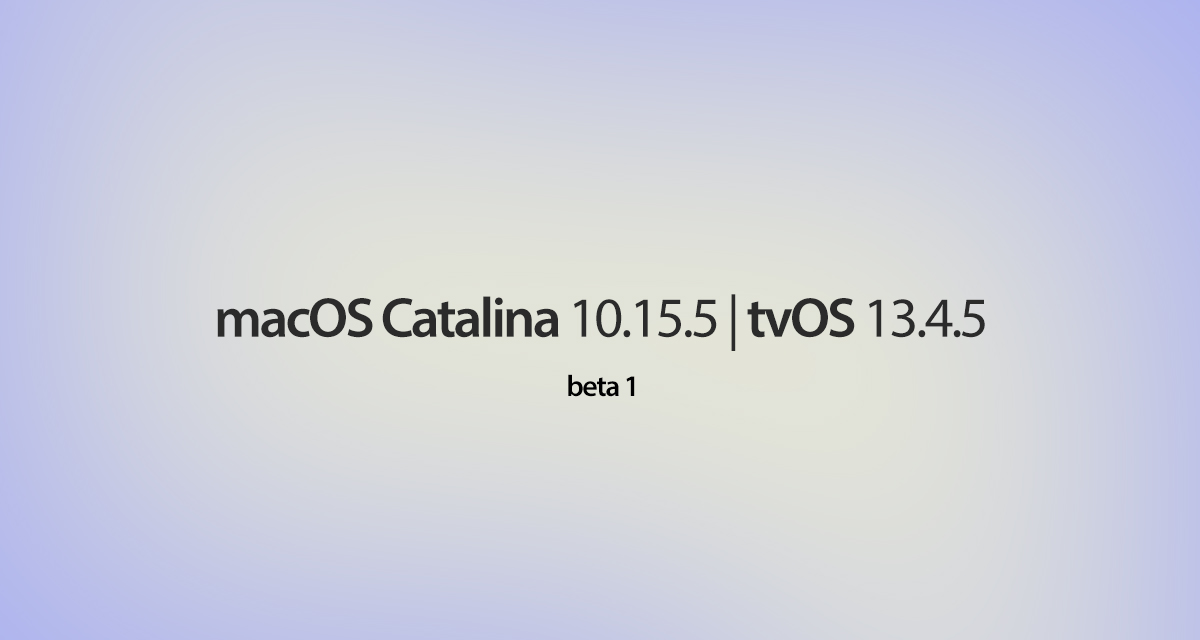 Apple only released macOS 10.15.4 to the public last week but it’s already pushing on with the next beta release. With macOS 10.15.5 now available to developers it’s clear that Apple intends to continue its update pace despite its developers having to work from home rather than head into the office. It seems the firm doesn’t want coronavirus to get in the way.

We don’t yet know what this new update will bring to the table, but developers can install it from the Software Update area within System Preferences. They’ll also need to have the required developer profile installed, too.

Apple’s tvOS 13.4 update is only a few days old but Apple isn’t resting on its laurels. tvOS 13.4.5 is now in the hands of developers, although it isn’t yet clear what it offers.

Those who are registered developers can now install the update and finding out just what’s new in tvOS betas isn’t always an easy thing. Apple’s release notes aren’t always great, especially for tvOS, and the number of people installing its betas is much, much lower than iOS, iPadOS, or macOS. We’ll be keeping our ears to the ground for more information on what the updates bring, though.