At the Samsung’s Unpacked 2015 media event today, the South Korea-based electronics giant has dropped an unexpected surprise at the party. Samsung has just teased us with its next-gen smartwatch; the Gear S2, and it’s nothing like its predecessor.

The smart wearable market is becoming increasingly crowded with Apple Watch leading the way in sales followed by a number of Android Wear models. In a complete revamp of the Gear S line of smartwatches, Samsung has delivered a more traditional looking watch with a circular appearance instead of the usual curved rectangular shape that the company had been persisting with for its earlier smartwatches. 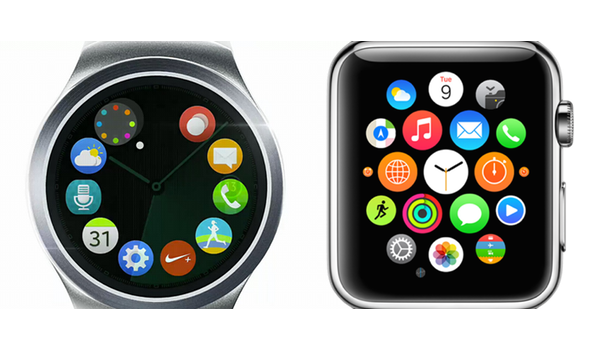 Full unveil of the Gear S2 is scheduled for IFA in Berlin early next month where Samsung will give us a detailed look at what exactly is this watch capable of doing but if today’s teaser is anything to go by, it seems like Samsung has gone with metal construction this time to give it a more premium feel.

Construction bit aside, what is immediately apparent is the user interface which looks very family to Apple’s watchOS home screen on the Apple Watch, as can be seen in the image above.

Also interesting to note here is that Gear S2 seems to run on Samsung’s proprietary Tizen OS just like the original Gear S, and not the Google powered Android Wear.

While Samsung didn’t give details on specs today, if rumors are to be believed, Gear S2 will sport a 360×360 resolution Super AMOLED display and will be powered by 1.2GHz Exynos 3472 dual-core CPU, coupled with a chunky 768MB of RAM and 250 mAh battery.

The smartwatch is also said to feature a rotating bezel for navigating around the interface, similar to how Digital Crown works on the Apple Watch. 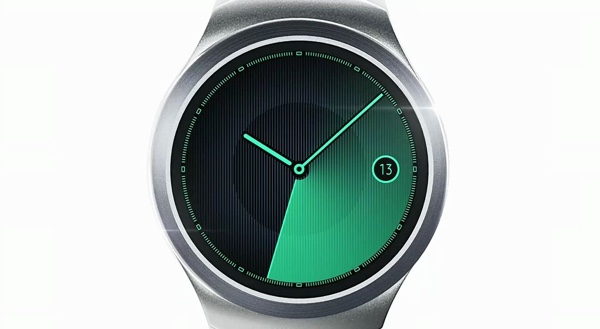 Fortunately, we won’t have to wait that long to get our hands on the full details as the watch is set to be fully unveiled on the 3rd of September at IFA 2015 in Berlin.

In the meantime, you can check out the Gear S2 teaser from Samsung Unpacked event today: