Apple was the only top smartphone manufacturer to be capable of increasing its device shipments year-over-year for the last quarter, according to a new report based on information collected by Canalys,  IDC, and Strategy Analytics.

While the likes of Samsung, Oppo, and others saw their shipments decline, Apple was able to actually increase its shipments according.

The news comes after the company announced a record quarter with more than $97 billion in revenue.

Samsung retook the lead after refreshing its portfolio for 2022, shipping 73.7 million units, down 4% on a year ago. Apple combined high demand for the iPhone 13 series with a new iPhone SE, leading to solid growth of 8% and 56.5 million units shipped.

Apple continues to see strong iPhone shipments and sales despite warning that current supply issues could have an impact in the future. Despite that, Apple CEO Tim Cook says that iPhone 13 demand has been strong since its introduction towards the end of last year. 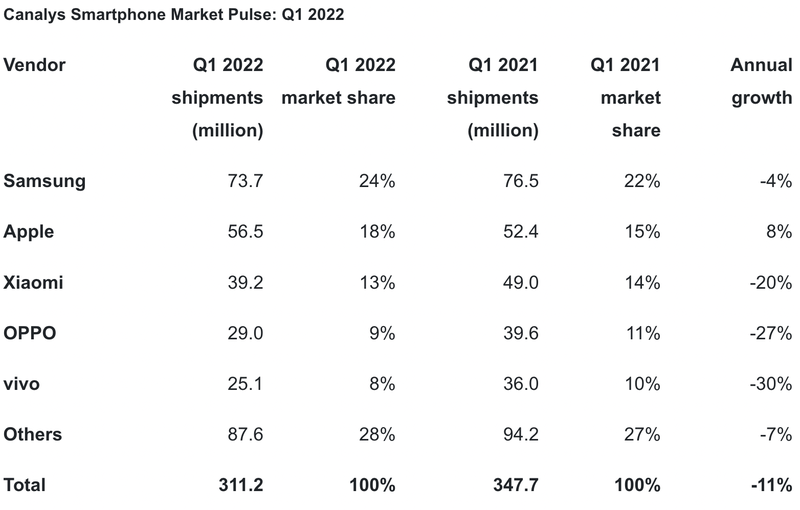 Current supply issues are being caused by COVID-19 lockdowns taking place in areas where Apple has key manufacturing and assembly factories. Apple has already said that those supply chain issues, which have been ongoing for the last two years, are now expected to last into the next quarter at least.