Play A Ton Of Sega Genesis Games For Just $49.99, Saving More Than A Third

You can never have too many great games to play and some of our favorite games ever come from the era of the Sega Genesis. Right now you can get in on some of those games thanks to the Sega Genesis Mini. And you’re going to save a whopping 38% at the same time, too.

Normally the Sega Genesis Mini would sell for around $80, but if you order from Amazon right now you’ll pay just $49.99. Stocks are very limited right now but Amazon says that more units are on the way. But hey, it’s worth waiting a little while to save that much isn’t it?

The Sega Genesis is a console that “defined a generation of gaming” and now everyone can enjoy it. The new console us super small and comes with two wired controllers so you can play with a friend. There’s even a HDMI cable in the box. All you need to do is plug everything in and get your gaming on. 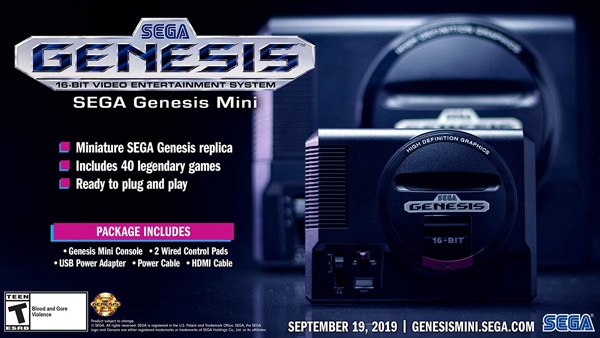 The console comes with 42 games built in with some of the biggest and best games of a generation included. If you loved these games the first time around – or missed them completely – this is a wonderful chance to play them.

So really, what are you waiting for? At the time of writing, the Sega Genesis Mini has more than 2,300 reviews on Amazon and a whopping 4.7 stars out of a possible five. Those kinds of ratings don’t come along very often and should probably give you an indication of just how great this trip into the gaming of the 1990s is.