With roughly a year left to the eventual release of the PlayStation 5, there isn’t much left to know about Sony’s upcoming console. The company itself has revealed much about the PS5, and the rest is being taken care of by continual leaks, the latest of which offers a glimpse of the new controller.

A photo posted to Twitter by user @Alcoholikaust shows a couple of PS5 devkits and their controllers, with the latter seemingly identical to images from a recently discovered Sony patent. This isn’t our first look at the PS5 devkit, with its bulky, v-shaped design having been laid bare in previous leaks, but it is the first time we’re seeing the new controller in photo form. 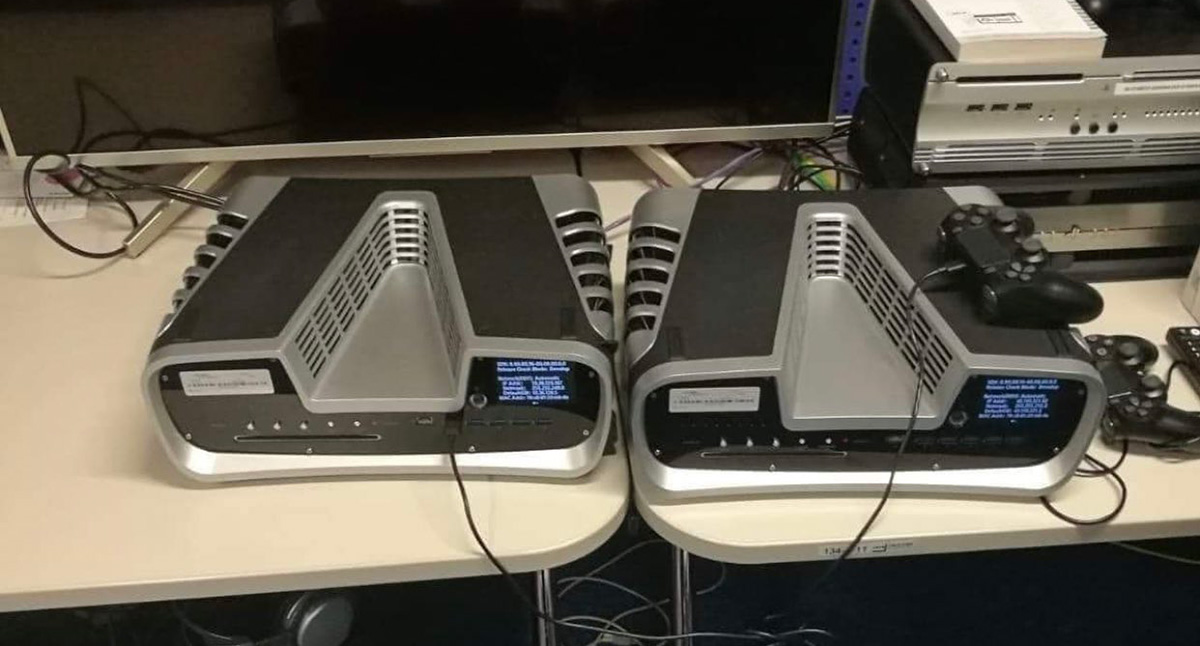 The photo doesn’t offer a closeup of the two controllers, unfortunately, so it is hard to tell if they are indeed new. If you look closely, you may be able to spot a slight curve on the insides of its handles, reminiscent of the Xbox One controller’s design. This would lend more credence to the belief that the aforementioned patent was for the haptic-capable PS5 controller.

The design of the console itself is still shrouded in mystery, with the systems in the photo being devkits that may not share their design with those slated for the public.

Sony made the PlayStation 5 name official only two months ago, following announcements of its specs and capabilities. The console is slated for release “in time for Holiday 2020.”