MacRumors has got hold of parts of LCD assembly which is claimed to be from the upcoming 4th-generation iPod touch. The bezel over the front-LCD has a hole in the top center which is most likely going to be for a front-facing camera for making FaceTime video calls across all iOS devices. Check out the images after the break. 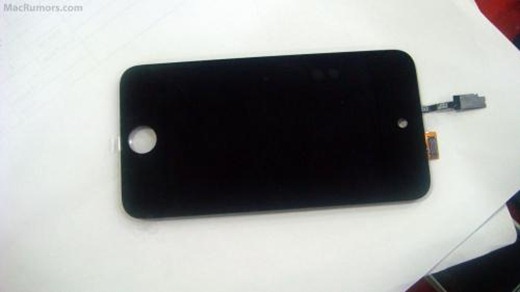 Images seems authentic because of the "Apple (c) 2010" label on the parts, which can be seen in the higher resolution image here. 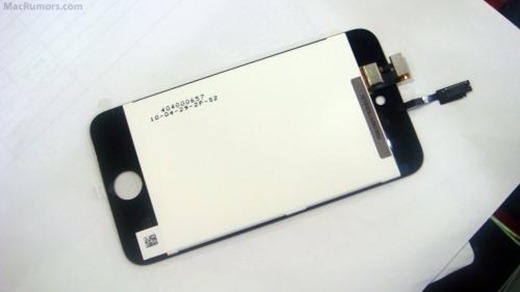 Earlier today, an illustration of iPod touch 4G also popped up on the Internet, showing a camera and LCD flash light on the back of the device.

Apple is expected to unveil the next iPod touch in the annual Apple Media event, which will most likely be held in September of this year. The new iPod touch is currently rumored to get iPhone 4 like Retina Display, cameras on the front & back, and a 3G capable model like iPad 3G. [via MacRumors]