Whoa! Apple has just opened up a new featured section in the App Store which is titled as “Try Before You Buy”. As the name suggests, this new section features all the lite and free version of popular apps in the App Store. If anything, Apple must have taken this initiative in a bid to fight against the ever growing number of pirated apps which are easily available on jailbroken iPhones, iPod touches and iPads. 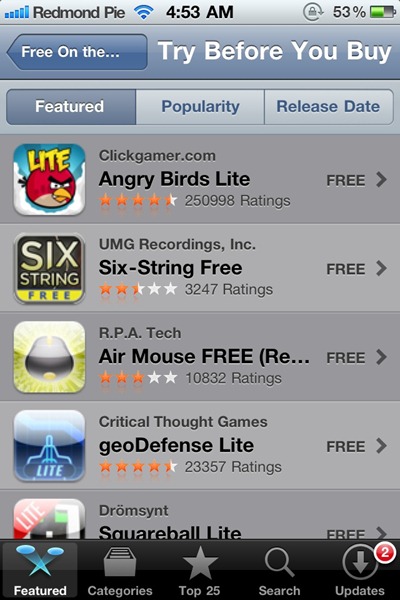 For years, iPhone users have been demanding the need of trial version of apps so that they can see if the app is worth paying a buck for. So now the question is, those of you who are accustomed to app piracy, will you be willing to dump those illegal sources of App distribution now that Apple has some what come up with a solution for you? Let us know what you think about this in the comments section below. [via 9to5Mac]