Microsoft Arc Touch Mouse is Magic Trackpad / Mouse for Windows 7. Will Go On Retail in September for $69.95

Since last month, there has been this rumor floating around the web about an Arc Touch Mouse by Microsoft. Twitter account of Microsoft hardware also teased a couple of images of this mysterious looking “flat” and “touchy” device. And now according to the sources at Neowin, this device is in fact the Microsoft “Arc Touch Mouse” and it will be available in September of this year. The Arc Touch Mouse is the result of Microsoft’s “Mouse 2.0” program which has been lurking around for quite some time now. 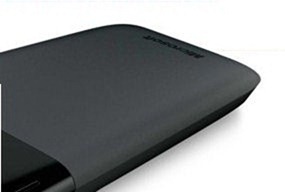 Windows 7 supports multi-touch gestures, but it is limited to those expensive touch-screen displays only. You will naturally think that the Arc Touch Mouse will allow users to take advantage of all those gestures support present in Windows 7 without having to own a touch-screen capable device. But unfortunately, according to Neowin, the first version of the product might not support multi-touch, which in my opinion will be a deal-breaker for many.

Pricing? Previously we informed you guys that the retail price of this mouse would be around $70 which we believe is really cheap compared to getting a huge multi-touch display or a tablet device. Microsoft enthusiast Long Zheng has now found the exact retail pricing for this now not so secret Microsoft product. It will be available for USD $69.95.