Is this the new iPod touch 4 with Camera? [Photo]

The rumors of the iPod touch getting a camera soon are catching fire everyday. Different sources are convinced that the new iPod touch for sure will get this major refresh this fall. A new illustration of the next-gen iPod touch has just popped up today which shows it in a clear case, along with what appears to be a camera with LED flash on the backside. 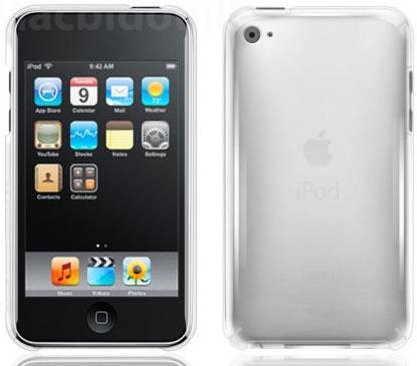 Computer generated illustrations are easy to come up with, and they only tell you a part of the story. Previously, we’ve seen a number of leaked prototypes of the next gen iPod touch with camera and they all looked a bit different from the illustration which we are looking at right now. The camera was placed in the center of the device rather than on the side as seen in this leaked image. Also, one more thing which this illustration is missing is a front-facing camera for FaceTime calls.

The HardMac site claims that the source from which they got this image (above) is very reliable, and that they have good credibility and have proven to be right in the past. It’s hard to tell right now whether this report has weight or not because we have no official word from Apple on it, but Steve Jobs’ vision of bringing FaceTime across different iDevices is a big hint that the iPod touch will be getting a camera in the future along with the iPad. Let’s wait and see what Apple has in store for us at their annual Music Event, which will be held in September of this year. [via HardMac, AppleInsider]