A new option in the iOS "Contacts" application allows users to make FaceTime calls using either a phone number or an email address. This would allow FaceTime compatibility with devices not associated with a phone number such as future camera-enabled iPads and iPod touches. 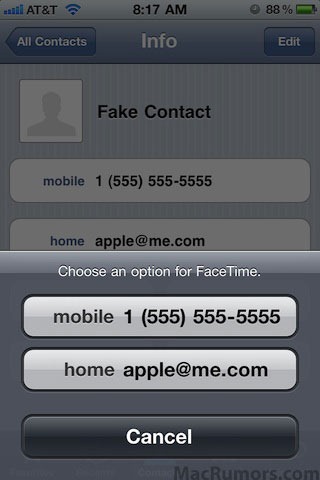 So there you go! this if anything hints towards a strong possibility of next-gen iOS devices like iPod touch 4 / 4G and the next iPad featuring a front-facing camera for FaceTime video calls across all the iOS based devices. iPod touch 4 / 4G at least can be expected to be unveiled at the upcoming Apple Media Event in September of this year.