Apple’s iOS 16 update, which will be released to the public later this year, will include the ability for people to delete first-party apps that cannot currently be deleted when using iOS 15.

According to a report by 9to5Mac, iOS 16 has added three new apps to the list of those that can be deleted.

Since the arrival of iOS 10 people have been able to delete apps including Calculator, Mail, Music, and Podcasts but there will be additions come September time — Health, Find My, and Clock. But that doesn’t mean that you aren’t likely to find that things don’t work so well once you do.

The report suggests that deleting the Find My app will not disable the Find My services, but you won’t be able to do some things regardless.

However, as you might expect, you won’t be able to locate your devices and accessories like AirTag without having the app installed. Apps removed from iOS can be reinstalled at any time through the App Store. Now there are only a few native Apple apps that still can’t be uninstalled, such as Phone, Safari, Messages, and the App Store. 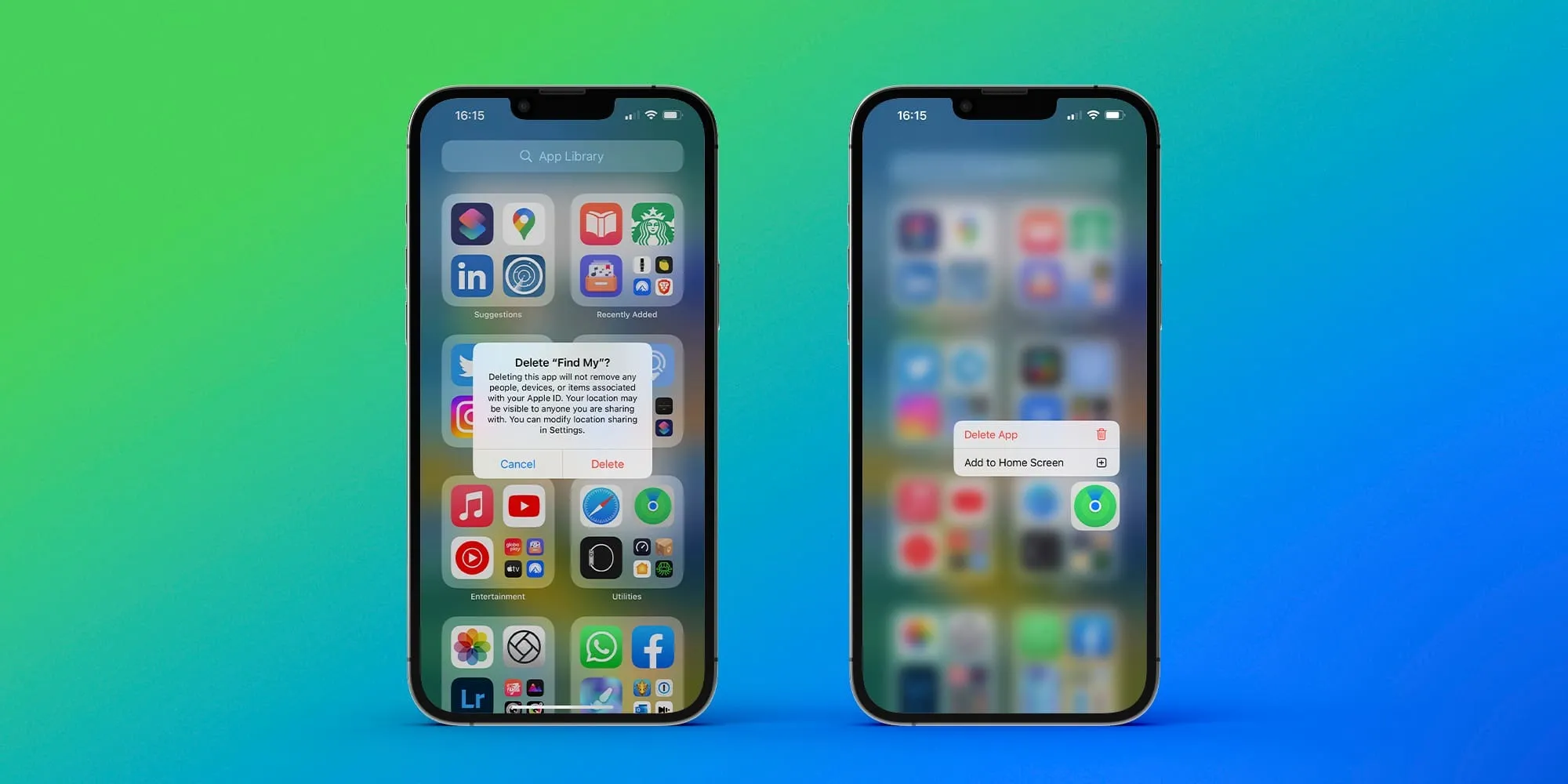 Apple’s iOS 16 was announced during the WWDC opening keynote and is now in the hands of developers. A public beta will begin next month, while those wanting to test the finished article out will need to wait until this fall — likely September.