Apple isn’t likely to announce iOS 14 until WWDC in June, but we’ve been hearing all kinds of things about it for the last couple of weeks.

9to5Mac has been able to get hold of some early iOS 14 code, and there have been all kinds of secrets spilled. Including the news that iCloud Keychain might be getting beefed up.

According to the report we can expect iCloud Keychain to get some new, advanced features that are currently only available via third-party apps like 1Password, Dashlane, and others.

The first of those is a warning when someone uses the same password at more two or more sites, services, or apps. Reusing passwords is a very bad idea no matter how you slice it, and iCloud Keychain currently doesn’t warn people. Once iOS 14 lands, it might.

The second feature is support for the generation of two-factor authentication codes as an alternative to the abysmal SMS alternative. Getting two-factor codes via SMS is notoriously insecure, so getting the functionality elsewhere is advised. Some third-party password managers offer this already, and its arrival in iOS 14’s iCloud Keychain could be a big deal. 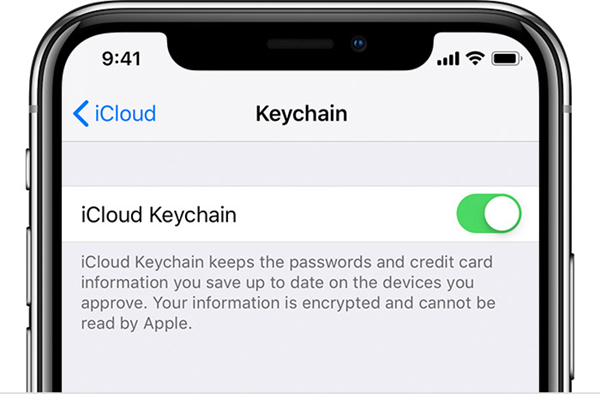 It is, of course, important to remember that a lot can change between now and iOS 14 being released. Even if this feature makes the WWDC announcement there’s still a chance it could get cut before launch. After all, we only just got iCloud Drive folder sharing after it should have been ready with iOS 13 in September 2019.