Apple hasn’t changed the iPhone’s Home screen all that much since its introduction in 2007. Sure, it’s been tweaked here and there and yes, it now has folders. But the idea of a a grid of icons with labels is one that has been around forever.

It was suggested that might be about to change when iOS 14 comes around after seeing early code snippets, and now we have two sets of concepts based on that.

The first is from Parker Ortolani and it shows us what in some ways looks like Notification Center. We see a list of apps with colored backgrounds and options at the top to sort them alphabetically, in order of recently used, or those with notifications.

Siri Suggestions would still be there, but they’d get a different color for their background. Folders would also still be supported thanks to a disclosure triangle.

The folks at iSpazio have also tried their hand at putting together a concept and it’s similar. 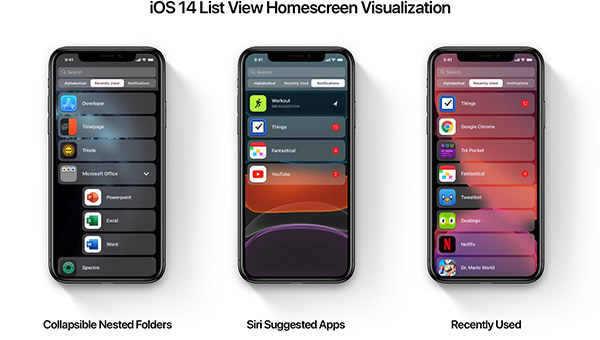 The difference is that the Spotlight search bar at the top of the screen would have a button beside it that would switch between list and icon view. We like that idea because it gives us an easy way to switch between the two views. 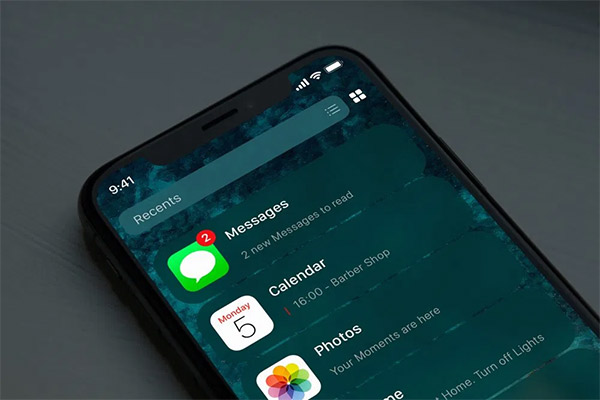 Apple might have yet another idea up its sleeve. Or the whole app list idea might never make it to the version of iOS 14 we all use later this year. For now, we’re left waiting for WWDC to roll around so we can take the developer betas for a spin.