Apple’s WWDC opening keynote did, as expected and as has become the norm, herald the arrival of a whole new version of iOS. Now turned all the way up to 11, iOS 11 is a redesign of iOS that brings additional functionality while also altering how some existing features work and look. 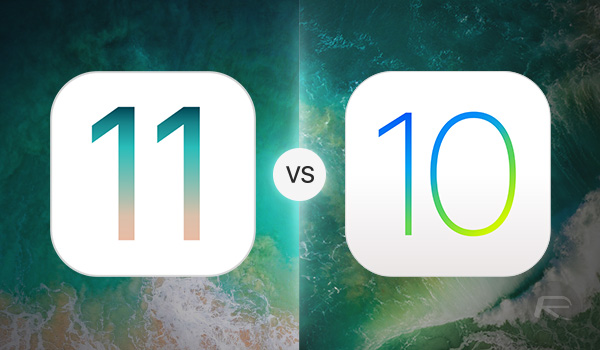 This may not be the revolution that some previous updates have brought, but its impact on how we use our iPhones and iPads should not be ignored. That’s why as soon as the first beta release of iOS 11 was made available to developers, people installed it and started to poke around, testing out what will be the software running on our devices by the end of this year.

That includes YouTuber iAppleBytes who took iOS 11 and installed it on an iPhone 5s, iPhone 6 and an iPhone 6s before putting it through its paces in order to ascertain just how well, or how badly the new software performs. Doing tests in isolation are no fun though, so the same devices were also tested with iOS 10.3.2 final version in order to get a basemark for how each class of iPhone can perform.

So how did it all pan out? Well, it’s important to remember at this point that this is the first beta release of iOS 11. No beta is ever going to be built for speed, and that goes doubly so for the first version of a new operating system update. That being said, it should at least work.

Spoiler: iOS 11 works, but you might not want to install it just yet. Boot up times, app launching and navigating around the operating system is slow. In fact, it’s surprisingly slow so if you really must get your iOS 11 hit we suggest at least waiting for the second beta before taking the plunge.

Check out the videos to get a feel for just how sluggish iOS 11 beta 1 is for yourself.