It’s clear from Apple’s on-stage presentations during WWDC that a great deal of thought and engineering has gone into the progression of iOS. The introduction of iOS 11 once against represents a solid and continual improvement of the platform, but it’s worth remembering that importance should sometimes be placed on the things that weren’t announced as much as the things that were.

Apple used the opening WWDC keynote to run through a number of important improvements and feature improvements, but there just wasn’t enough time to go into huge granularity and cover every single aspect of the iOS 11 upgrade. 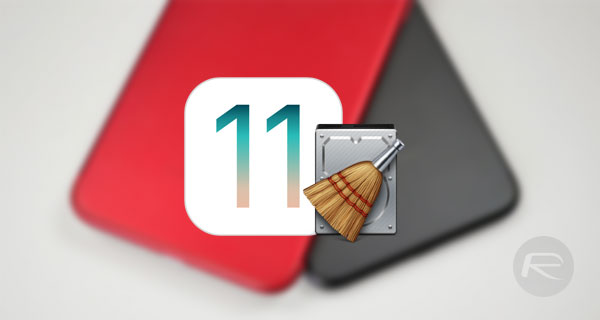 One extremely important improvement, which was glossed over at WWDC, is iOS 11’s new storage management facility which not only makes it extremely easy for users to see exactly where on-device storage is being consumed, but perhaps more importantly, makes it easy for those users to control and free up storage space easily when and where necessary.

Similar to the visuals within iTunes, that new section provides a graphical overview of what is actually consuming the most storage on devices, such as Photos, Messages, Media, or Apps. There’s then a set of simple rule-based options which automate the process of freeing up space on the device based on the user’s personal preferences. This somewhat negates the previous method of having to investigate what is taking up storage and then manually acting on it.

Yuuus. Even better! You can seriously triage storage AND recommendations. pic.twitter.com/7UO0PFxzhz

This new iOS 11 storage management section also makes specific recommendations about clearing up that space. For example, if the system detects that a significant amount of capacity is being taken up by Messages conversations then it may make a recommendation to auto delete all old conversations which are over 12 months old. It could also recommend automatically offloading old or unused apps when memory conditions are critically low. This will instantly free up some space while persisting the documents and data held by those apps so nothing is truly lost.