Apple has begun to accept iOS 10 compatible apps into the App Store which are designed for, and built against the new version of the iPhone and iPad’s operating system.

The new apps, which cover both updates to existing releases as well as apps that are only possible thanks to iOS 10 and its new features such as Messages apps, are starting to pop up in the App Store with varying degrees of fanfare. 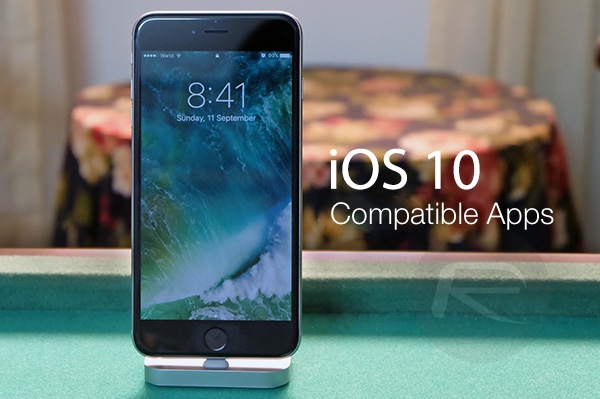 With iOS 10 now here for everyone with a compatible iPhone, iPad or iPod touch device around the globe, here are a selection of the newly released, or newly updated apps that we are aware of as of right now. If you know any that we have missed here, feel free to share in the comments section below.

Expect more and more apps to be released in the coming days and weeks as iOS 10 and iPhone 7 hysteria reaches fever pitch. We’ll keep this list updated as new and improved apps start to get their iOS 10 on. Keep checking back for more!

Super Mario Run Stickers – Free – Official iMessage stickers pack for the new Messages app in iOS 10 based on Super Mario Run game which is coming to iOS this fall.

Rock-Paper-Scissors – $0.99 – The classic Rock, Paper, Scissors that we all played growing up, but this time built for the Messages app on iOS 10.

Snappy Browser – $1,99 – Possibly the kind of thing we’ll show of and then never use again, Snappy Browser is a web browser that lives inside the newly refreshed Messages app in iOS 10.

NewEmojify – Free – New emoji, living inside iOS 10 Messages. Because nobody can ever have enough emoji.

August Home – Free – Control all of your August smart home accessories from your iPhone.

iHealth MyVitals – Free – Monitor your health in a variety of different ways.

IMDb Movies & TV – Free – It’s all the good IMDB stuff, but with a Messages app thrown in for good measure. Movie information, inside your conversations!

Delivery  – Free – Local online ordering of good and groceries, with an iOS 10 app.

Launcher – Free – Now with iOS 10 support and more powerful widgets than ever before.