Google today has made its Cardboard Camera app available for iPhone and iPad users after previously being an exclusive for the Android platform. The said app is now available to download from Apple’s iOS App Store.

The Google Cardboard app allows users to take 3D photos, mainly panoramas, and then share them with friends. Google calls the images VR Photos, and they can be viewed by anyone using a smartphone-based VR headset, such as Google’s appropriately named Google Cardboard headset.

Alongside the iOS compatibility, the aforementioned ability to share VR Photos with friends is a new addition for the app, even on Android, and the sharing is handed via a sharing link the app creates, ready to be sent to the recipient.

The newly released Cardboard Camera app should not be confused with Google’s other Cardboard-related iOS app, Google Cardboard, which allows users to view VR content and the like, and is possibly the cause of at least more uses of the word ‘cardboard’ in a sentence than anyone should realistically be comfortable with.

According to the App Store description of the app, with Cardboard Camera app, you can look around to explore the image in all directions, and even hear sound recorded while you took the photo to hear the moment exactly as it happened. To capture a VR photo, hold your phone vertically, tap record, then turn around as though you’re taking a panorama. 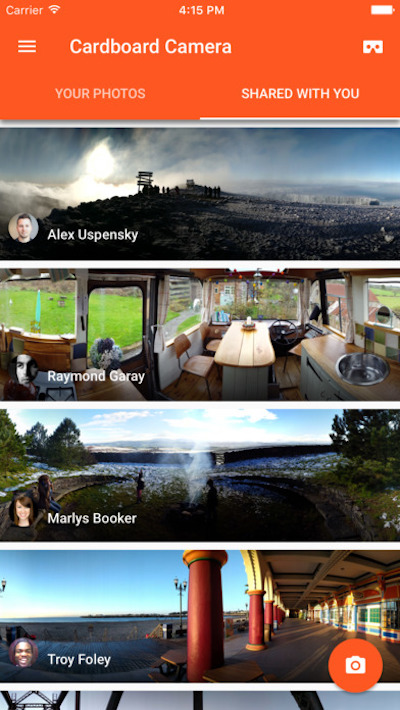 Google’s obsession with Virtual Reality has stretched as far as its OEMS like Samsung and LG, but Apple has so far refused to be drawn into the market. With that being said however, the iPhone 7 Plus’s dual-lens camera system could potentially be a big deal for creating VR content, so who knows what Apple has in mind going forward. At this point we’re not really sure anyone inside Apple knows, either. 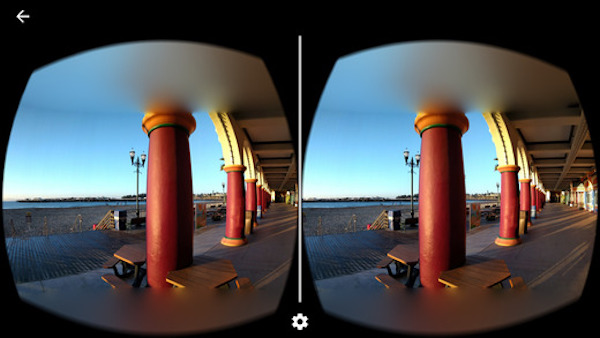 Both Google Cardboard and Cardboard Camera apps can be downloaded from the App Store for free now.