Instagram Is Launching Reels, Its TikTok Competitor, Next Month In The US

TikTok has been the talk of the town in the last week or so with some governments looking to ban its use. They’re concerned about the Chinese origin of the app and service, but there might be some salvation for those who want the TikTok experience without the TikTok problems. Instagram.

Instagram already offers a short-form video feature called Reels that’s already live in Brazil. But according to a new Business Insider report, Facebook has confirmed that it’s also coming to the United States next month.

Just like TikTok, Instagram’s Reels will allow users to capture and edit short videos that can also feature music tracks laid over the top of them. The finished Reels will appear in the Instagram Stories area, according to the report.

Instagram users will be able to create and share Reels to their Stories, and access their short-form videos in a new, dedicated tab on their profiles. Public accounts will have their videos shared on the app’s Explore page, and can choose whether or not their Reels content appear on their profiles and in followers’ Feeds.

The mixing of Reels and Stories could make for an interesting dynamic, especially as Instagram continues to grow and leave its still picture roots further behind. 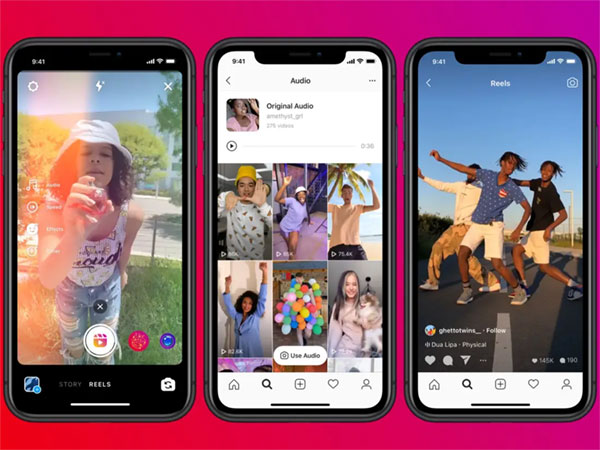 Predictably, Instagram and parent company Facebook don’t want anyone thinking that TikTok was the inspiration here. The latter told Business Insider that “no two services are the same.”

Maybe not. But some of them are very similar indeed!