Google today announced that it is now bringing Stadia to more Android phones, including several from Samsung, and two each from gaming phone makers Razer and ASUS. Up until now, the company’s nascent game streaming service has been available on its own Pixel line, namely the Pixel 2, Pixel 3, and the latest Pixel 4.

The announcement, which was made on the official Stadia Community Blog, promises a release on February 20. Google has listed a total of 19 new devices being graced by Stadia, with that list including Samsung’s latest flagship family, the Galaxy S20. 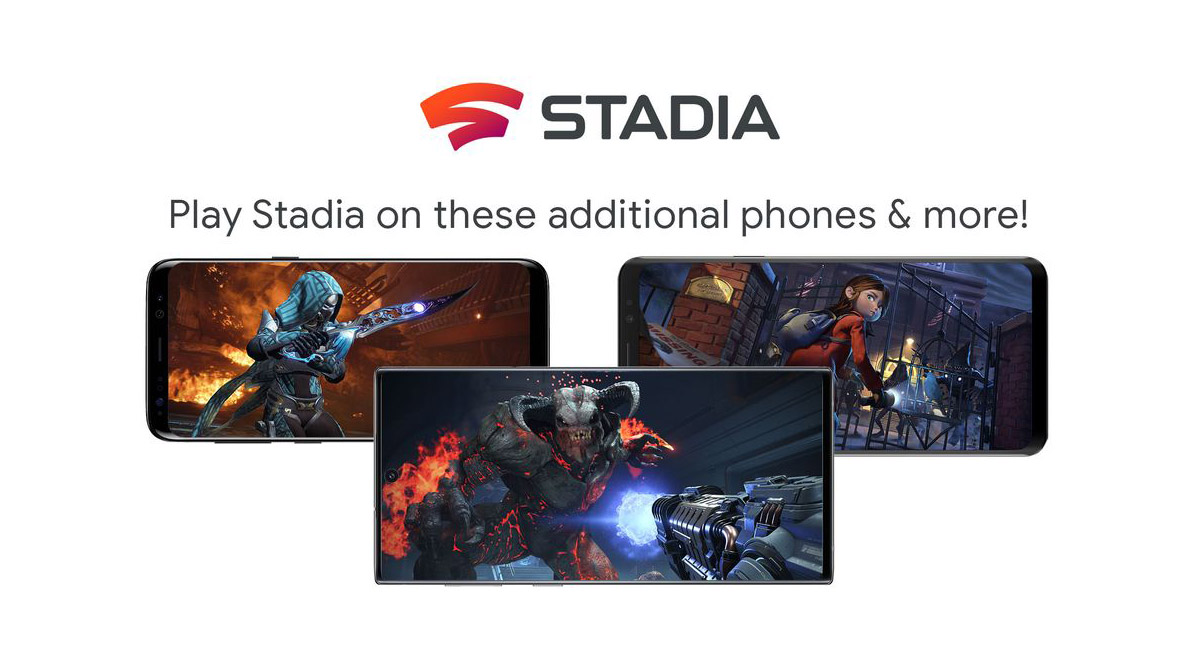 Google Stadia was released this past November, offering more than 30 games from 20 different publishers right out the gate. The service hasn’t yet been able to gain the kind of traction one would expect from a product aiming to take the hardware out of gaming and be the “one place for all the ways we play.” It’s still early days for Stadia, however. The streaming platform is currently limited to 14 regions and its catalog of games is a drop compared to the ocean that is Steam or the PlayStation Store.

Support for new devices isn’t likely to make Stadia a more attractive proposition for the avid gamer, but it does make it more accessible. Of course, phones aren’t the only medium that can run Stadia, with the service available through PCs, tablets, and TVs using Google’s Chromecast Ultra streaming dongle and the Stadia Controller.