Apple may be planning a new feature for Apple Watch that could allow it to aid doctors in the treatment of Parkinson’s. A newly found patent describes how sensors could be used to help monitor Parkinson’s, with symptoms particularly suited to being monitored via the Apple Watch.

The patent describes that as doctors treat patients for some symptoms, others can worsen. Those symptoms include tremors and dyskinesia.

The problem is that monitoring the side affects created by treatment is only really possible in a clinic, although patients do also have to try and keep tabs as well. The Apple Watch could pick up the slack here.

“A patient’s quality of life is largely dependent on how precisely clinicians titrate and schedule the patient’s medications to minimize the patient’s symptoms. This is a challenge for clinicians because each patient has a different combination of symptoms that can change and become more severe over time. Also, in any given day the symptoms may fluctuate based on medications, food intake, sleep, stress, exercise, etc.”

Based on the patent Apple intends to use monitors to keep tabs on movement and then analyze that against the Unified Parkinson’s Disease Rating Scale (UPDRS). That information can then be fed back to a doctor as required. 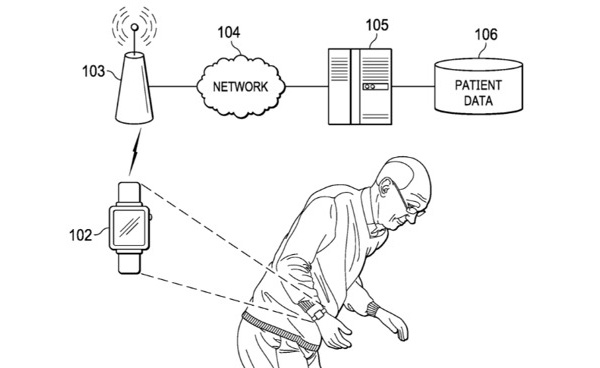 While the patent doesn’t specifically say this technology would require an Apple Watch, one drawing attached to it does show an Apple wearable. And it surely makes the most sense given the fact a patient could wear it at all times, unlike an iPhone that won’t be on their person as much.