You can now download iOS 13.3 beta 4 and iPadOS 13.3 beta 4 IPSW links and OTA Update file for your iPhone and iPad. Here are the details.

Apple has seeded the fourth betas of its impending iOS 13.3 and iPadOS 13.3 updates. The latest seeds have been issued directly into the inboxes of registered developers. 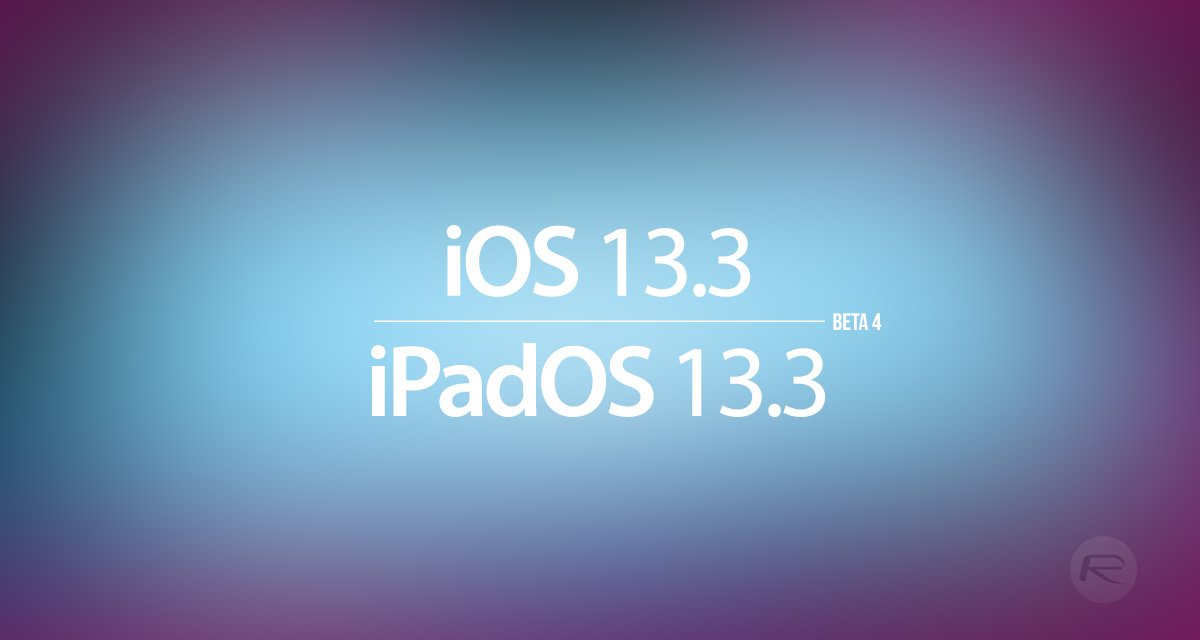 With these updates, Apple is continuing to try and push iOS and iPadOS forward and rectify some issues at the same time as introducing new features. It’s no secret that the initial launch of iOS 13 and iPadOS 13 hasn’t exactly been smooth. The existence of iOS 13.3 and iPadOS 13.3 is, in part, an attempt to iron out some of the creases and get compatible iPhone and iPad hardware performing smoothly.

In addition to bug fixes and performance enhancements, iOS 13.3 and iPadOS 13.3 introduce new Communication Limits functionality within the well-received Screen Time feature. This functionality allows parents to control exactly who their children are able to get in touch with and communicate with during their screen time. Apple had previously promised that this feature would come to iOS/iPadOS 13 and it has delivered. The new Communication Limits relate to Messages, FaceTime calls, calls via the Phone app and even extends to iCloud contacts.

Apple has also listened to feedback and put in place a toggle that will let users disable the Memoji and Animoji stickers from showing on the emoji keyboard. Some people loved that feature whereas others who never use Memoji or Animoji hated it. Now, there is a choice, which is how it should have always been. iOS 13.3 and iPadOS 13.3 also includes support for NFC, USB, and Lightning security keys to be used within Safari.

If you are ready to get access to iOS 13.3 beta 4 and/or iPadOS 13.3 beta 4, then you can do so right now as an over-the-air (OTA) update on the provision that you have a beta configuration profile installed to your device. Alternatively, if you prefer a more old-school approach to the installation, then you can grab the requisite IPSW files directly from your developer account at developer.apple.com. As always, if you come across any issues, ensure that they are fed back to Apple for the betterment of the software as a whole.