This is just in. Fortnite Mobile for iOS is live on the App Store for iPhone and iPad and is in fact available to download right now.

But there’s of course a catch to it as you’ll require an invite code in order to be able to play the popular battle royale game on your iPhone, iPad or iPod touch device.

Hot on the heels of iOS app version release, the company behind it, Epic Games, has also starting sending out invite codes to the first batch of lucky gamers. If you followed our advice and signed up for it when we told you about the event invite sign up page going live a few days ago, you’ll probably have an invite for the game in your inbox right now.

Today we’re emailing the first round of invites for the Fortnite Invite Event on iOS. This is the initial round of invites. We will be sending more in the coming days and weeks, so if you don’t get one right away, don’t worry. 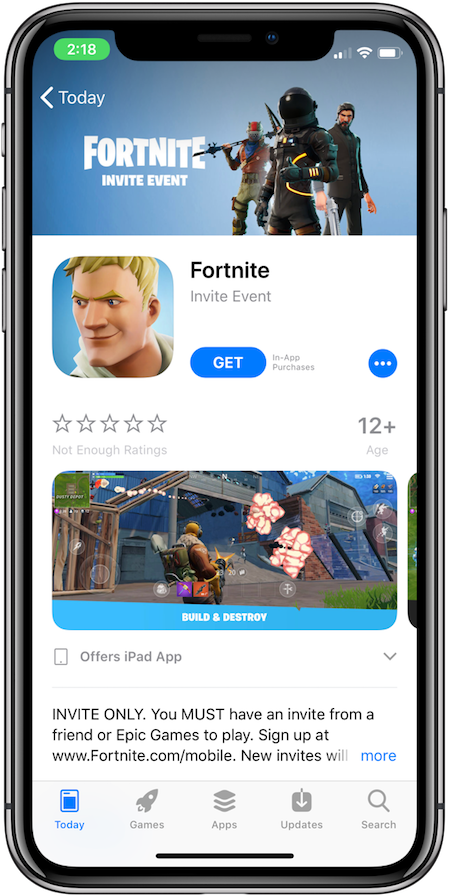 So then, if you have got the invite code in email, you can head over to App Store link for the game here and download the game. If you haven’t signed up for an invite yet, you can do so by going here: fortnite.com/mobile.

As for Android release, Epic Games hasn’t said anything about it other than “We expect to rollout Android in the next few months.”

If you are on Android and can’t wait for the official game release, or are on iOS and don’t have the invite to play the official game just yet, you can check out FortCraft which is basically a clone of the game available right now for both Android and iOS devices here: FortCraft Android APK, iOS IPA Download Brings Fortnite Mobile Clone While We Await Official Release.