FortCraft Is A Fortnite Mobile Clone For Android, iOS

We told you recently that Fortnite, the hugely popular online shooter, is coming to mobile, with those owning iOS devices can already get in on the beta action while anyone who owns an Android device has to hang fire for an as yet unspecified amount of time.

There is obviously a huge amount of excitement surrounding the release of the game on mobile platforms, and as always when there is interest in a smartphone game, there are the inevitable pitfalls that come with that. One of those is the copycats that always, always pop up. Unfortunately, Fortnight is absolutely no different in that regard. The official mobile game is not yet out for everyone and the fake versions are already here. FortCraft is a prime example of that. Sounding like, looking like and essentially playing just like Fortnite, this rip-off title comes out of China which, if we are being absolutely honest, will surprise very few people.

The company behind FortCraft, NetEase, is apparently not at all ashamed of its work either, which again, should probably not be a surprise. Everything in this game is the same as Fortnite, all the way down to the building mechanics.

Interestingly, FortCraft does have one advantage over the official Fortnite game in that it will work on older versions of mobile operating systems, somehow making it more accessible than the real deal. Well, that and the fact that the official game isn’t out yet. But, you know. 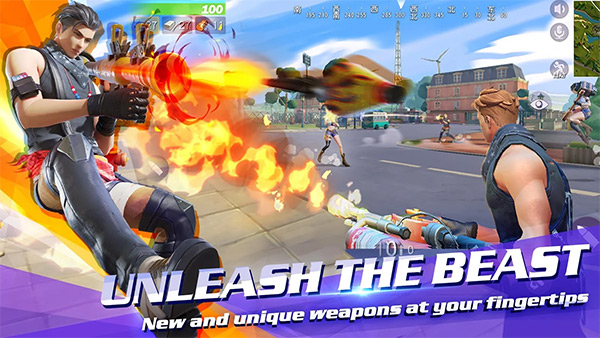 FortCraft, while we are not saying you should, can also be downloaded for both iOS and Android right now, whereas no matter which version of Android you have on your device right now, you can’t play Fortnite.

We still think we’d suggest waiting for the proper thing though – you can never beat the original! But of course, if you cannot wait, head over to fortcraft.com to get started Android APK and iOS IPA file.