Fortnite Tracker Not Working? Here’s How To Fix It [Workaround]

Fortnite, like PlayerUnknown’s Battlegrounds (PUBG), is one of those massive online battle royale games that hardcore gamers can’t help but invest their time in. It also helps that Epic Games has artificially limited access to the recently announced mobile version in order to generate exponential interest.

A large percentage of Fortnite gamers on the Xbox, PlayStation and PC want to use the Fortnite Tracker service in order to keep an eye on their own personal gaming statistics, such as the number of kills they have achieved or their average kills per match. However, much to their disdain, they’ve discovered that for one reason or another the tracker isn’t working for them even though they appear to have linked all accounts together successfully.

Thankfully, the fix for this isn’t exactly difficult, although it is somewhat annoying as it involves the creation of a new Epic Games account. It seems that even though there is an active Tracker Network account, as well as an active gaming network account, such as PSN or Xbox, it’s the Epic account which has proven to be the weak link in the process.

With that in mind, once you have the other accounts active, re-creating a new Epic Games account and logging into your Fortnite experience using that account, should be all that’s required to start tracking statistics and having them exposed on the third-party fortnitetracker.com service. 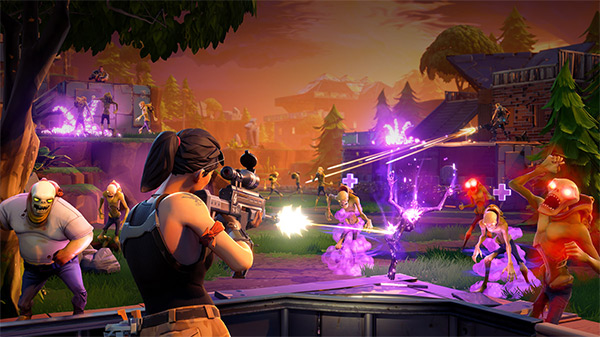 Obviously, if you have a historical Epic/Fortnite account, then all of those statistics are likely to be refreshed but it is a great opportunity to get involved in the mobile version of the games with a fresh sense of vigor and enthusiasm.

As previously mentioned, this isn’t exactly the most efficient way of solving a problem, especially when it involves creating a brand new account, but it has been proven to solve the problem and is likely going to be the best solution when the service involved is actually a third-party offering with no real official support.

Update: If this doesn’t help fix the problem, try creating a brand new Tracker Network account and then start from scratch by linking all of your accounts with it again. This should hopefully fix the problem once and for all.