It would seem that the wheels turn extremely fast when you are part of a development team in charge of progressing and pushing out new versions of one of the world’s most popular open-source media platforms. Of course, we are talking about Kodi – formerly XBMC – with an announcement made in mid-January about Kodi 18 “Leia”.

Kodi 17 has barely been in user’s hands, but it’s now been announced that an alpha nightly build of Kodi 18 is now available to download and test out. 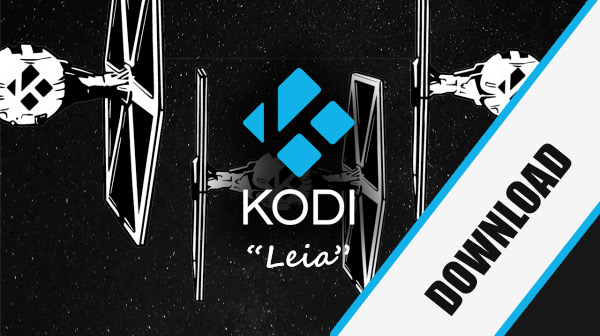 The free and open source media player has proven to be somewhat of a global success in recent years. What started out as a relatively small-scale and somewhat ambitious project all those years ago is now a powerhouse of a build, offering native versions for a range of platforms, including Windows, Linux, macOS, Android, iOS, tvOS and, perhaps rather bizarrely, Raspberry Pi.

Although, when you actually think about it, that Pi variant makes perfect sense given that it is an extremely affordable way of getting a powerful media center set up with minimal fuss.

One of the first notable things about Kodi 18 is that it is visually almost, if not exactly, identical to its predecessor, which is perfectly understandable. The team has introduced differences with some menu items and where they are placed, but aside from that it’s largely the same visual experience. From a functionality perspective, we can largely expect release 18 to be very similar, too.

The developers and engineers behind Kodi have until recently been tinkering and amending Kodi 17 with 17.1 release. It’s likely that this nightly build of Kodi 18 will be an extension of that, with incremental changes and improvements to fix issues discovered in the previous build.

Any hardcore Kodi users, and especially those heavily involved in the Kodi community, will likely already be all over this download availability, and already getting to grips with everything that Kodi 18 “Leia” offers. However, for the standard user who doesn’t regularly keep abreast of new releases, it’s worth reiterating that the alpha nightly build of Kodi 18 is available to download, install, and interact with right now via the official Kodi download page at kodi.tv/download.

We’ll know more about Kodi 18 as it progresses and as additional downloads become available.