You Can Now Download Kodi 17.1 On iOS 10 And Install Without Jailbreak

You can now download Kodi 17.1 Krypton IPA, compatible with iOS 10, and get it installed without jailbreak onto a compatible iPhone, iPad, or iPod touch device. Here are the details.

For those who regularly keep abreast of the wonderful work taking place on the Kodi platform, they will be well aware that the worldwide team had not only been working extremely hard to introduce new features, but to also ensure that version 17 was available to the public just over a month ago. 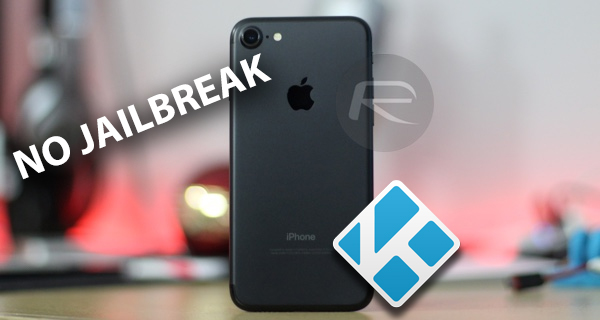 That initial release of Krypton was quickly followed up with a new beta version seven days later, taking the platform to version 17.1, which obviously contained all of the features included with version 17, but with a slew of new bug fixes, improvements, and stability enhancements designed to enhance the end user experience.

That has now been followed up by recent public release of 17.1, with the compiled IPA file now available to download which allows iPhone and iPad owners to get the software onto their device independent of Apple’s official App Store for easy installation.

We will link you to that guide in a moment, but from a feature and improvement perspective, 17.1 brings improvements such as a necessary updated Chorus web interface, as well as a patch which fixes issues that had previously been causing add-ons to not be marked as broken if they had been updated with a broken flag.

The Kodi team has also ensured that mobile users – specifically those on Android – have a better experience thanks to 17.1, with fixes for the use of SMB on Android for new installations, as well as improvements around controller buttons for those interacting with Kodi on the world’s most popular mobile operating system.

All-in-all, a great and timely bug-fix-release which continues the great work started with Kodi Krypton 17. If you are an iPhone or iPad owner, and want to get this latest version sideloaded onto your device instantly, then you will of course need the latest IPA file, which you can download from here.

For installation instructions, you can follow our previous guide on the topic right here.