Android 2.2 Froyo Build FRG33 for Nexus One Leaks in the Wild [Stock + Root]

Being the only Google-branded handset in the Android world, Nexus One will always get the first love when it comes to the latest Android bits. And so today, yet another Android 2.2 Froyo Build FRG33 has been leaked into the wild. This new leaked build is reportedly “very very fast” than the stock OTA update FRF91, and it comes with a new radio as well. 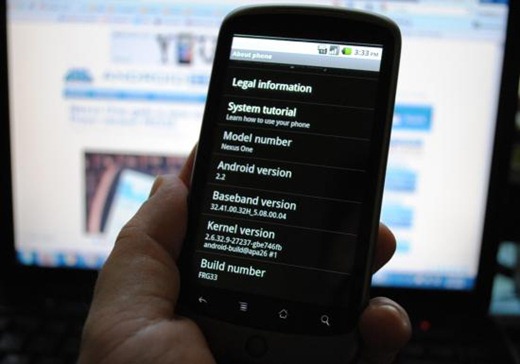 Baseband version, kernel and Build details are as follows:

If you are feeling adventurous, you can go ahead and download this new build now from XDA-Developers here, and follow the instructions posted here to install it on your Nexus One. Rooted image of FRG33 with new radio update can be downloaded from Modaco here.