Android 2.2 Froyo for Nexus One Goes LIVE as OTA Download

Great news for Nexus One owners! It looks like Google has started rolling out Android 2.2 (aka Froyo) for their very own Google Phone, which is more widely known as the Nexus One. The update is available now via OTA (Over-the-Air) download and will take some time before the roll out completes. Keep checking the notification tray for a “System Alert” for Android 2.2 which could be here for you any minute. 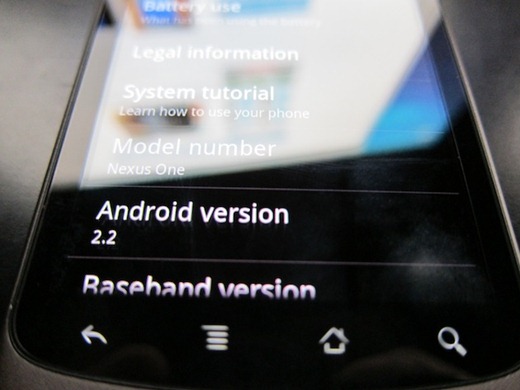 Google and HTC has already confirmed that most Android phones released in 2010 will get Android 2.2, however no ETA (Estimated Time of Arrival) has been given yet. Nexus One, being the Google phone will naturally get the love first, however this update for more phones will follow soon. 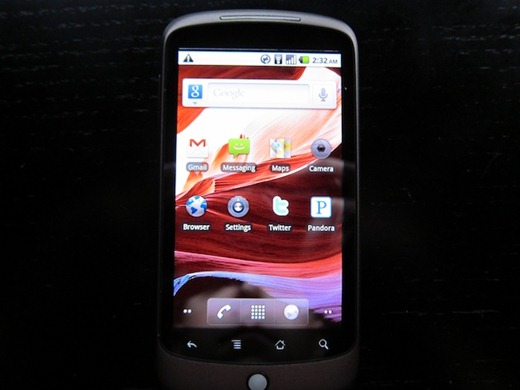 For those of you who dont know, Android 2.2 Froyo is a huge improvement over any of the previous Android releases. It is up to 2 – 5 times faster than Android 2.1 alone! It was announced earlier this week at the Google I/O 2010 conference and brings lots of new features to the Android platform, in many cases surpassing those available on the competing platforms like iPhone and Windows Phone 7. Check out this link for the complete feature set of Android 2.2. [via TechCrunch | Thanks to @imhassan of ithinkdiff for the hat tip!]

UPDATE 1: The stock Android 2.2 ROM (FRF50) is now up! If you haven’t received the OTA update yet, you can download the stock ROM from here, and follow the instructions posted here (for Android 2.1, but applies to 2.2 as well).

UPDATE 3: Complete Step by Step Guide on How to Manually Install Android 2.2 Froyo on Nexus One [For Rooted Users] !