Update Rooted Nexus One to OTA Update for Multitouch

Google today has released a significant update for their flagship Android phone – Nexus One almost right after when Apple pushed firmware 3.1.3 for iPhone users. This new update (ERE27) for Nexus One brings the much needed official support for multitouch in Web Browser, Maps and 3D Gallery. You can now finally use pinch-to-zoom gestures just like how you can on an iPhone. This update also fixes the 3G issue which has been bugging T-Mobile users. The complete feature list as illustrated on the official blog is as follows. 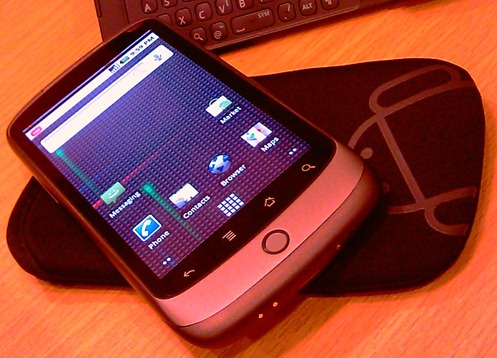 Google Goggles: this mobile application will now be available directly on your device by launching it from your All Apps menu. Just use your Nexus One camera to start searching the web
Google Maps: the Maps application with be updated to a new version, Google Maps 3.4, which will include:

This OTA update is currently being pushed out and it will take Google at least a week before the rollout completes. You will not be prompted for the official update if you are on a rooted Nexus One with a custom ROM installed. However rooted Nexus One users with stock ROM will be offered the OTA update via the built-in update utility in device itself. So if you either have a custom ROM installed, or if you are still waiting for the update to arrive, then you can instead follow the instructions, as posted by AndroidCentral which will update your Nexus One to the latest update with all the multitouch glory.

These instructions are as follows.

You should now have following update installed and running on your phone.

I tried this procedure on my rooted Nexus One and can confirm that it is working flawlessly. Let me know how it goes for you. [via BlogsDNA and ithinkdiff]