All Apple fans and especially the iPhone lovers were much concerned whether the next iPhone will be on its way to market, or not. They may now simply relax. Ingenious tipsters at Engadget, have discovered yet another fascinating fact deep inside the Frameworks of the iPhone OS 3.2 SDK, namely: the codename of the next iPhone. It was discovered buried deep inside the platform simulator set of folders dedicated to specific models of iPhone OS-ready devices, including the iPhone 3GS, second generation iPod touch, something that was called the "K48" (the codename was the internal name for the iPad), and… the "N89." Sure, it sounds like a Nokia phone just waiting to happen. No this is not Nokia but this according to extremely knowledgeable and trusted sources, is the likely codename of the next iPhone (previous versions were called the M68, N82, and N88). 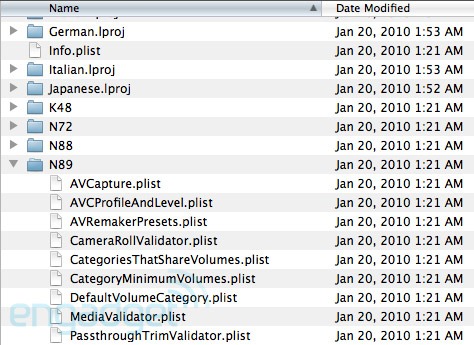 We may not derive too much from this beyond the fact that the model do exists, though we’re sure that with a little deeper diving, some detail is sure to surface. Interestingly or coincidently, Apple’s just released firmware (3.1.3) also includes another new model, the "N80," which we’re told will most likely be the next version of the iPod touch. For more details,just be patient and stay tuned to us.