We informed you about the Google Nexus One when it was rooted even before the official launch. This was possible because of the engineering bootloader which was shipped with pre-release Nexus One devices. The retail devices have locked bootloaders but Paul at Modaco forums has managed to unlock it so that you can root your retail Nexus One for full file system access on Android 2.1. 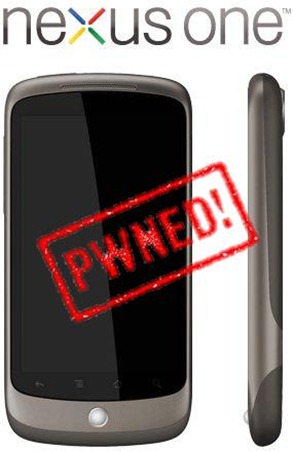 You can follow the step by step guide posted below (on your own risk) to unlock the bootloader on the Google Nexus One phone. We are not to be held responsible if you ended up bricking your phone. The steps are as follows.

Step 2: Run a command prompt / terminal at the directory you just extracted.

Our complete coverage on the Google Nexus One phone can be found here.