Apple has opened up orders for the Powerbeats Pro earphones in a number of countries, including much of Europe. Orders are now available in more than 20 additional countries.

Just like previous rollouts, only the black color is available on day one. Ivory, Navy, and Moss colors will all become available in the future, however.

Powerbeats Pro are the first non-Apple-branded earphones to feature the new H1 chip. The chip offers all of the same AirPods features, including the support of hands-free “Hey Siri” as well as the ability to switch devices and pair more quickly. If you spend time using your Powerbeats Pro with multiple devices, you’ll definitely notice that.

Unlike AirPods, Powerbeats Pro include ear hooks and earbud tips that ensure a more secure fit in the ear. This is a big improvement for anyone who suffered from AirPods falling out of their ears. Improved isolation should also ensure better audio. 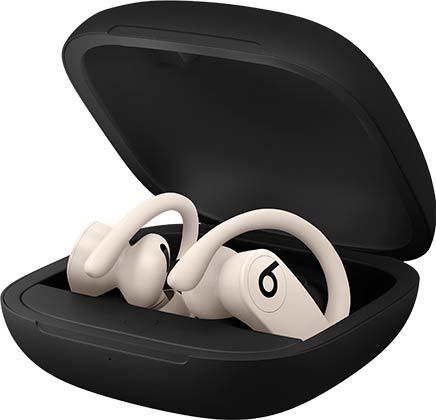 The Powerbeats Pro retail for $249.95 in the United States and €249.95 in many of the aforementioned European countries. Orders can be placed via the respective Apple Stores.