It is now possible to download iOS 13 beta 3 IPSW links and OTA profile update along with that of iPadOS 13 beta 3 for iPhone, iPod touch and iPad respectively.

As the naming convention suggests, this is Apple’s third iOS 13 release into the development community. It was just four weeks ago that Cupertino-based Apple Inc. actually introduced the world to iOS 13 and iPadOS 13. 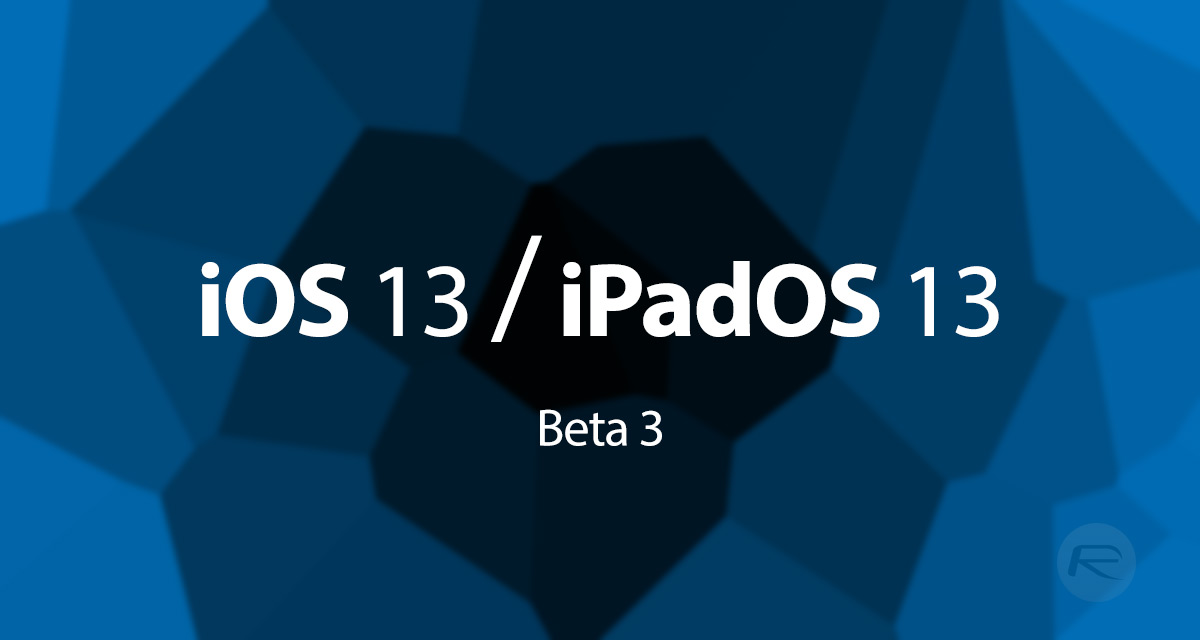 Now, thanks to a series of fixes and releases, we now find ourselves with access to iOS/iPadOS 13 beta 3, which includes a number of improvements and enhancements designed to ensure that both platforms remain on track for a late-September launch into the public domain.

Like beta 2, and likely like the next few betas which are released prior to an official launch, this beta 3 seed is all about progression. And, in particular, the progression of both platforms to ensure that they are ready for a primetime release later in the year. Apple’s internal engineers will have been using the bugs and issues raised via the Feedback Assistant app to fix and eradicate known and important issues with iOS/iPadOS 13.

It is very unlikely that we will find any major feature or functionality additions with this release which are entirely new and unique to this beta seed. Apple tends to issue features with the first release and then iterate on them over time as opposed to using continuous betas to actually introduce sweeping change.

With that said, it’s not out of the ordinary to find entirely new things to play with. That is part and parcel of the fun of interacting with the release and actually proactively trying to find impressive or fun improvements.

If this is a release of particular interest to you, and you have access to a valid Developer Account, then make sure to grab it right now as an IPSW from developer.apple.com or OTA update from Settings > General > Software Update on device itself and see what you think about iOS 13 and iPadOS 13 beta 3. If you have installed and used the previous beta versions, has this dramatically improved the overall experience for you? Or, have Apple unfortunately taken a few steps back with this third beta seed? We’d love to hear your thought on the release. Public testers, remain patient as Apple will likely push iOS 13 public beta 2 within the next few days or next week.