Whether you’re looking to upgrade an existing Mac Pro or want to add some GPU beef to your order, Apple is now offering the Radeon Pro W5500X GPU as an option.

If you decide to add it at the point of purchase you’ll be adding $200 to the purchase price of what is likely already an expensive Mac Pro. 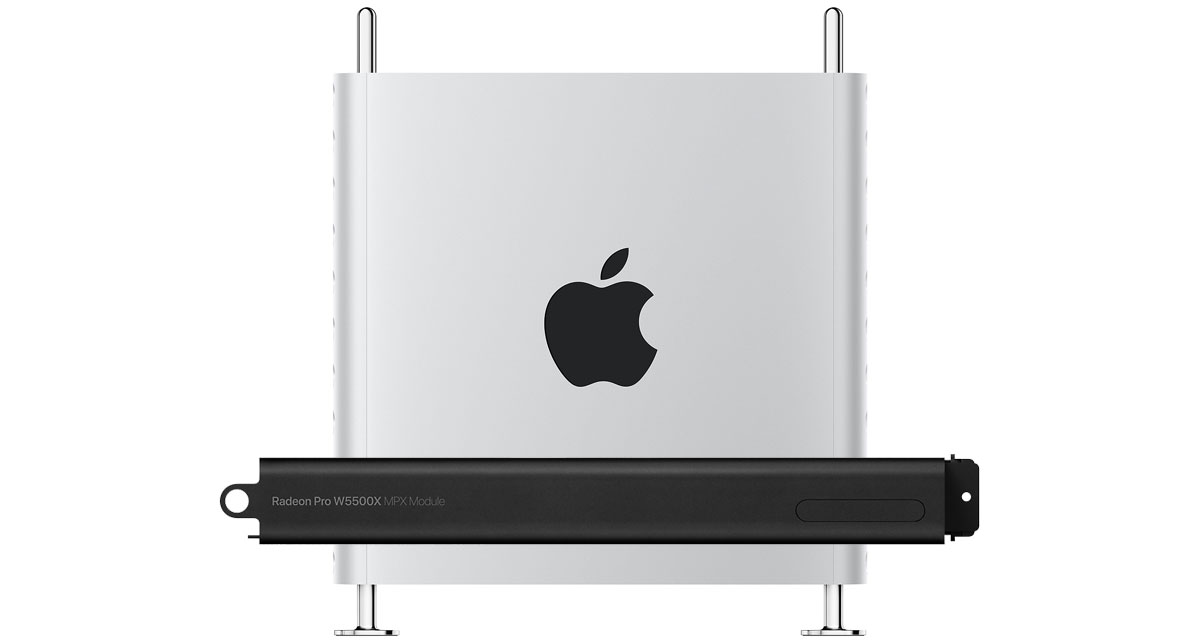 If you’re already looking at one of those under your desk, the MPX Module-housed GPU will set you back $600.

That sounds like a lot, but it’s definitely an upgrade over the stock GPU. As well it should be.

The AMD Radeon Pro W5500X with 8GB of GDDR6 memory is based on AMD’s RDNA architecture, featuring up to 5.6 teraflops of single-precision performance or 11.2 teraflops of half-precision computing. It supports up to four 4K displays, one 5K display, or one Pro Display XDR. The half-height MPX Module design fits in an MPX bay and enables PCIe slot 2 for additional expansion.

This release comes after Apple started offering the $1,000 W5700X MPZ Module not too long ago, with this new card sitting between it and the base option.

If you’re someone who need plenty of GPU power but doesn’t quite need that $100 option, this is probably the option for you. It even comes with two HDMI ports – one more than the more costly W5700X option. Although it doesn’t have the four Thunderbolt 3 ports of the more expensive card, it has to be said.